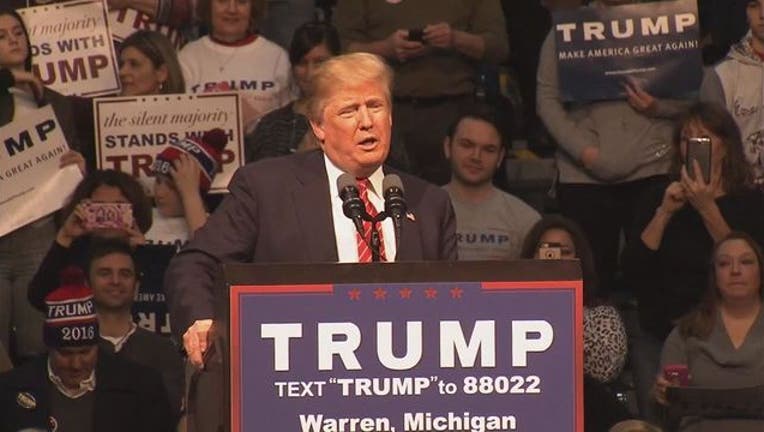 (WJBK) - Former State GOP Party chair and Ted Cruz supporter Saul Anuzis spent part of his Father's Day on the horn with like-minded party members who are concerned about the Donald Trump candidacy. So concerned, that they continued to discuss a convention strategy that could deny Mr. Trump the GOP nomination.

Always the realist, Mr. Anuzis concedes, "It's very difficult. It's an uphill battle ...This is a very long shot proposition" made so because "you can't beat somebody with nobody" and, so far, the Dump the Trump effort is minus any alternative to the billionaire business man.

Nonetheless, Mr. Anuzis tells MIRS, "If you believe Trump is a candidate who can't win the General Election, if he continues to say the things he says and puts himself in a difficult position with the voters, if he falls in the polls, there well be a move."

As reported earlier the "move" revolves around having no convention rules when they bang the gavel in Cleveland next month. At that point, Mr. Anuzis and others contend none of the delegates are bound to vote for anyone including those elected as Trump delegates.

Dismissing all this is former House GOP Speaker Rick Johnson who tells MIRS, "The people that are nuts are the ones who are out there trying to create a story ... I think they are totally off their you-know-what," he laughs.

Mr. Johnson concedes there is a "moment" at the outset of the convention when something like this could happen but he thinks, "this is going to be a solid Trump convention" and Trump delegates are on the rules committee.

Also chiming in is former GOP state senator and Trump backer Roger Kahn, who is following the use of the rules issue. "I think it's wishful thinking on the part of folks who Trump defeated frankly. Can it work? I don't think so ... if they try to change the rules, there doesn't seem to me to be any energy to do that." Reminded that a splinter group hopes to raise $2.5 million to run commercials urging delegates to vote as they wish, Mr. Kahn say, "So?" Asked if it would work? He's equally as brief, "No."

And Mr. Johnson concurs suggesting the movement against his candidate is really driven by this factor: "They are trying to get work. They can't get work with the Trump people so they are out there trying to create an anti-Trump movement that's really not there."