FOX 2 - A Monroe County family with their son on life support has learned the hospital which was going to help, has backed out.

Sarah Jones, the boy's mother, posted an emotional Facebook video update, saying she didn't know why Allegiant Hospital in Phoenix had withdrawn it's offer to admit him. Her son, Bobby Reyes had a severe asthma attack two weeks ago and was declared brain dead by CS Mott Children's Hospital in Ann Arbor. 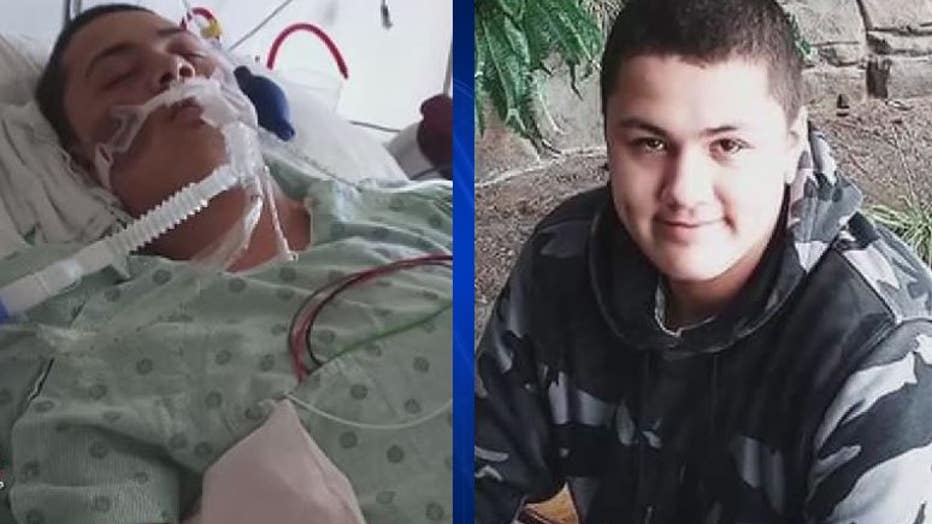 Jones says without a hospital to continue Bobby's care, Mott has informed her family it plans to take the 14-year-old off life support Friday at noon.

"The facility that accepted Bobby got spooked and now as of this morning, we just sat down with the lawyers and they gave no explanation as to why. They say they are not going to take Bobby," Jones said. "The (Allegiant) doctor told us yesterday that he looked at all thousand pages of Bobby 's medical records and that he was willing to accept Bobby. This morning we wake up and there was some litigation stuff happening.

"Now they are telling me that the hospital is going to kill Bobby at noon tomorrow and I can't do anything about it."

A spokesperson with CS Mott told FOX 2 that staff follows the Michigan Law on determining brain death and they exhaust every option to help critically ill patients.

Jones has said that Bobby's heart rate is stronger, his breathing is stronger and his liver enzymes are improving.

With Friday's deadline looming, Jones said her family is left with few options as their son fights for his life. The family does have a GoFundMe page for donations HERE.

"There is no way we can find a facility (in time)," she said. "We thought we already had a place, so we quit looking. They said they will do it tomorrow at noon, it is going to happen.

"I don't know what to do, I have done everything I can. They want to kill him because they are so scared he is going to wake up and prove all these doctors liars."