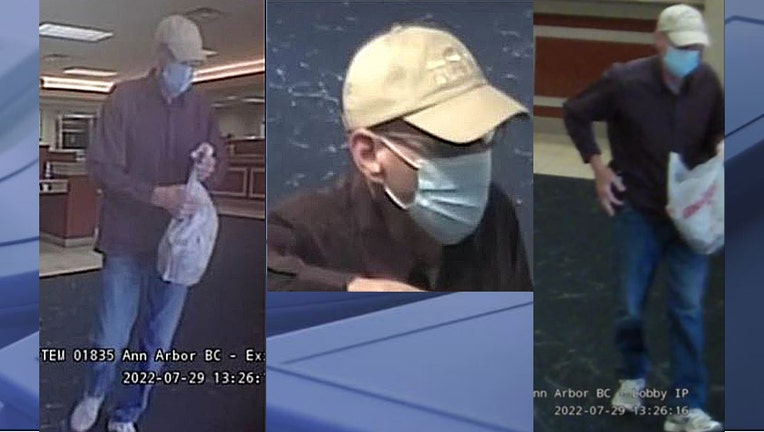 FOX 2 - Police are asking for the public's help with information in a bank robbery that took place at Fifth Third on Washtenaw Avenue Friday.

The man, who was alone, demanded money from the teller and displayed a handgun. He then fled on foot with an undisclosed amount of money. There were no injuries.

Anyone who believes they may recognize the suspect or has any information, is asked to contact the Ann Arbor Police Department (734-794-6920).