Monday was supposed to be the preliminary exam date in district court for Temo Sessions. His alleged victims were subpoenaed and expected to give testimony today.

FOX 2 - Monday was supposed to be the preliminary exam date in district court for Temo Sessions. His alleged victims were subpoenaed and expected to give testimony.

But Temo and his attorney decide to waive the preliminary exam.

Temo's full name - Artemio Sessions. He is charged with conducting a criminal enterprise - a 20-year felony and false pretenses, a five-year felony.

In September of 2019, Rob Wolchek put Temo in the Hall of Shame. Sessions ran a company called Garages R Us. His customers said he had taken thousands of dollars from them.

Their stories were sad.

Judith's garage burned down. She told Wolchek that Temo took more than $10,000 of her insurance money to build her a new one but never did.

Her yard was a dangerous mess and she says Temo didn't care. There were lots of victims with similar stories. Some garages were started but never finished. Others said Temo just took their money and bailed.

At the time, Rob saw Temo in court a few weeks later, but he avoided him like his customers say he avoided them.

Wolchek: "You know after I ran that story I had more people calling me that say you took their money and you didn't do any work at all."

Temo declined to answer and went into the restroom. 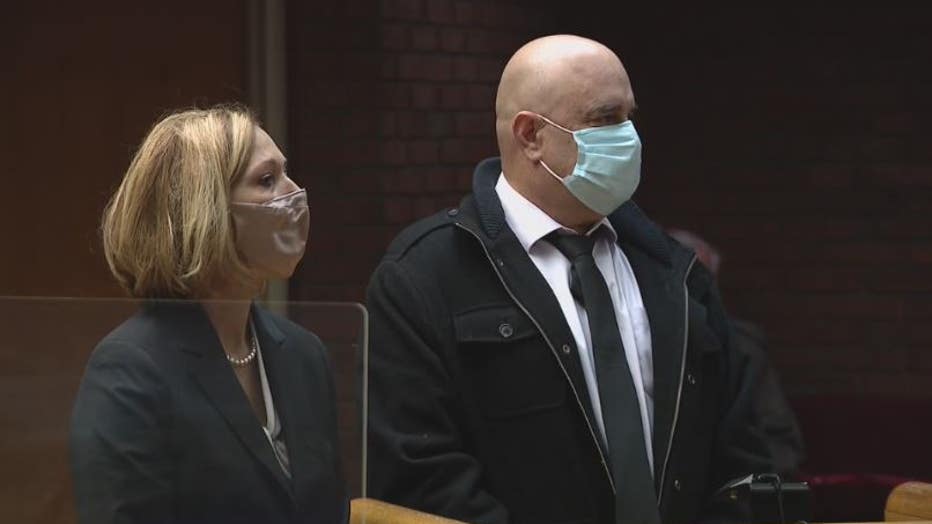 Temo Sessions, right, and his attorney.

In April of this year, Attorney General Dana Nessel announced the charges against Temo. He was arraigned and now the process continued with testimony in his prelim.

Today Temo's attorney said they would waive the prelim.

"After detailed discussions with my client as well as with the assistant attorney general - understanding his right to a preliminary exam, and the people's burden at that preliminary exam,  my client would voluntarily waive that right knowing the matter will be bound over to circuit court," his attorney said.

Artemio Sessions walks across busy M59 and heads off in the opposite direction of the courthouse and parking lot.

So Temo is doing the long walk to nowhere to avoid talking to Wolchek. We have no idea where he's going, but he's walking down alleys and trying to get away.

Temo has pleaded not guilty and remains free on bond. 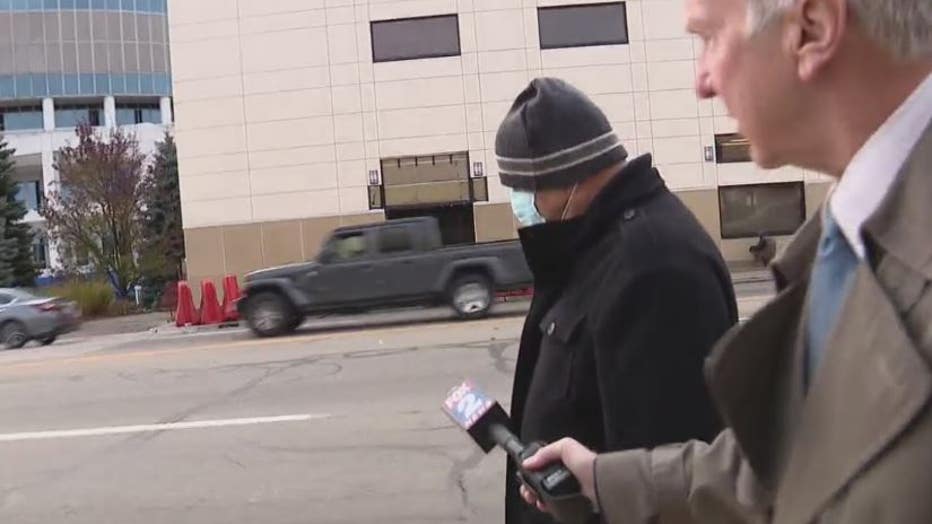