REDFORD, Mich. - A man who assaulted his girlfriend before setting her house on fire has died from a self-inflicted gunshot wound after police attempted to arrest him. 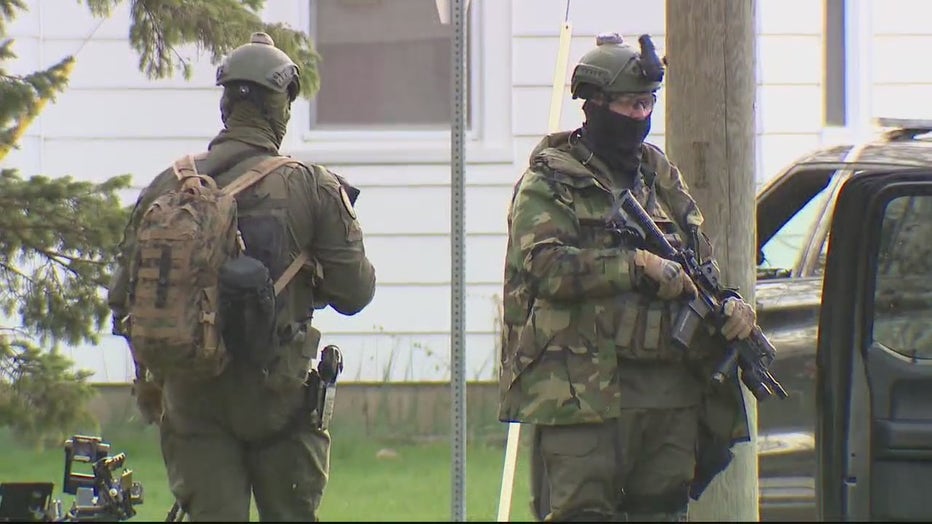 After the suspect barricaded himself in his home, SWAT teams arrived to negotiate with the individual

The scene unfolded Sunday after a woman contacted Redford Township Police claiming she'd been the victim of an assault.

Her boyfriend allegedly punched her in the face around midnight before firing a handgun into the living room ceiling. He eventually left the location.

The victim was later contacted by the suspect who told her he was going to set her house on fire, which was located in the city of Detroit.

Soon after she got a phone call from her neighbor telling her that her house was on fire, which was confirmed by the Detroit Fire Department.

Redford Township police attempted to make contact with the suspect at a residence on Lucerne Street.

When officers attempted to talk to the suspect, he instead shut the door to his home and told police not to come inside. Police set up a perimeter due to the potential for the suspect to be armed.

The barricade continued for several hours as the suspect shot into the ceiling.

A SWAT team arrived later on and attempted to negotiate with the suspect. After several hours of no contact, they entered the home and found the suspect dead from a self-inflicted gunshot wound.