Eloise Asylum in Livonia already has a history of supposed hauntings. Now it's gone to a new level with Hollywood level freights. And Alan Longstreet went inside to learn how to scare people - properly.

WESTLAND, Mich. (FOX 2) - The spookiest time of the year is upon us and one of the most frightful places in Southeast Michigan - a reportedly actual haunted place - is now available for you to walk through and be terrified.

With terrifying nurses, tortured patients, and deranged doctors, you'll want to check out as soon as you check in. One hundred actors were hired for this haunted house. Their makeup is top-notch - and the sets are straight out of a horror film.

Alan Longstreet visited Eloise Asylum to get a peek behind the show. The good news? Alan's efforts to scare you won't work but the actors? They have their parts down and they may scare the you-know-what out of you.

For a little bit of background regarding Eloise Asylum, it was an abandoned building for decades and was allegedly haunted in recent years. It dates back to the 1800s and served as the poor house beginning in 1839. t changed names several times throughout the years and also served different purposes -- it was the poor house, a general hospital, a mental hospital, and a sanitarium for tuberculosis patients.

At one point, the facility and it's connected buildings occupied 902 acres near what is now Michigan Avenue and Henry Ruff Road.

While it operated as an infirmary, it used tacts at the time that were considered advanced. Doctors at Eloise used X-rays for diagnostic purposes, radium to treat cancer, and "open-air" treatment for tuberculosis.

It shuttered in 1984 and many of the 70 buildings were demolished or destroyed by vandals. Except for the Kay Beard Building and the Eloise Cemetery nearby, which contains the remains of more than 7,000 patients who passed at the hospital or were too poor to afford proper burials.

While the Kay Beard Building has been empty, ghost tours have been offered of the building because it is said to be haunted. The building has also served as the set for a movie, and will soon be a real haunted house for Halloween. Money raised from the Eloise Asylum will benefit the shelter in the commissary building. 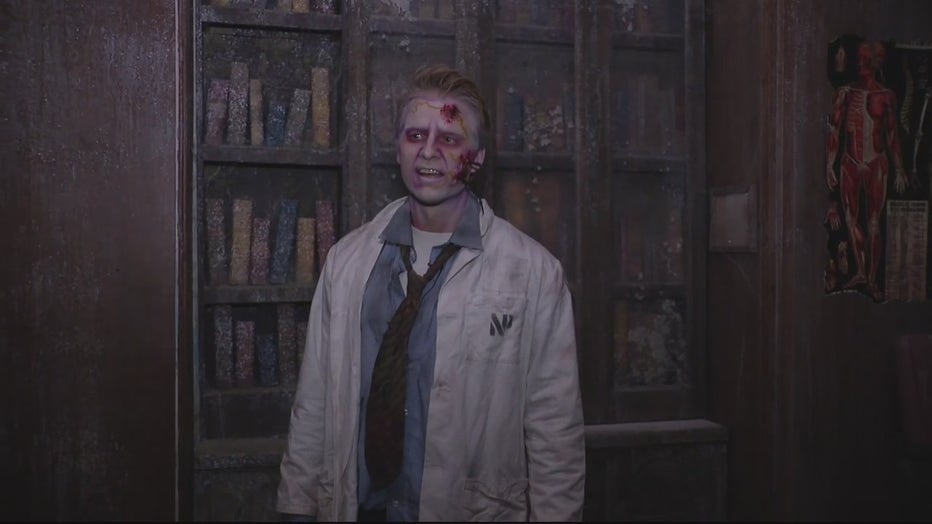