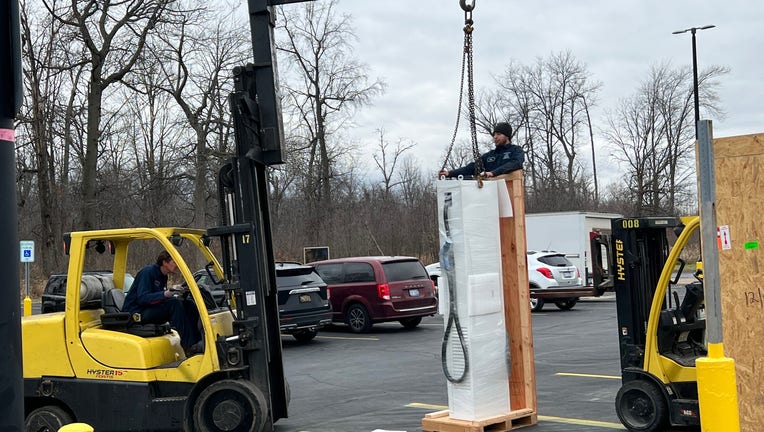 DETROIT (FOX 2) - The nicest electric vehicle chargers on the market are being built on Belle Isle.

Compared to the chargers being built in Michigan's other state parks, Belle Isle's incoming chargers will be seven times stronger. Instead of fully charging a vehicle's battery in for hours, the DC fast chargers will do it in 30 minutes. According to the company overseeing their installation, they're "state of the art."

"The thinking was for the Belle Isle site, this is the home of the Detroit Grand Prix. It deserves nothing less," said Sean Friday, project developer with Diatomic Energy. "Unfortunately, it's no longer there, but the legacy continues."

Building on that legacy is also an expensive one. The standard electric vehicle chargers the Department of Natural Resources is installing at parks like Burt Lake, East Tawas, and Ludington cost between $15,000 and $30,000, the agency said.

But for a new fast charger? The total capital cost is close to half a million dollars. 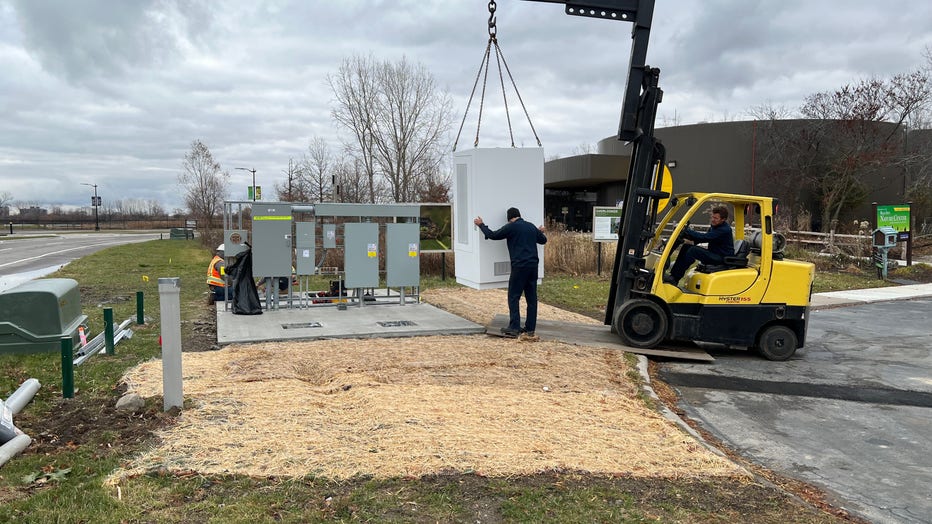 "The DC 5 fast charger is very expensive just for the charger themselves," said Chuck Allen, a productivity specialist with the DNR. "The cost of upgrades, even with the assistance from DTE is quite a bit."

Last May, the DNR announced it would be installing 30 charging stations at many of its state parks beginning in late spring. The DNR's effort to build up the state's EV grid is part of a larger effort to modernize Michigan's electric vehicle infrastructure.

The endeavor goes back nine years ago when Michigan's first charging station was installed in Bay City, around the time General Motors released its plug-in hybrid Chevy volt. Back then, Michigan was planning a network of chargers up the I-75 corridor.

Despite the project never coming to fruition, Allen said the state still learned a lot from its first charger.

"We were probably a little early on that one," he said. "Obviously it picked up throughout the years, but the one thing we realized was in order for us to do it, for it to be cost-effective, we needed partnerships."

To get Belle Isle's new chargers up and running, a myriad of groups was necessary to fund and develop the project. 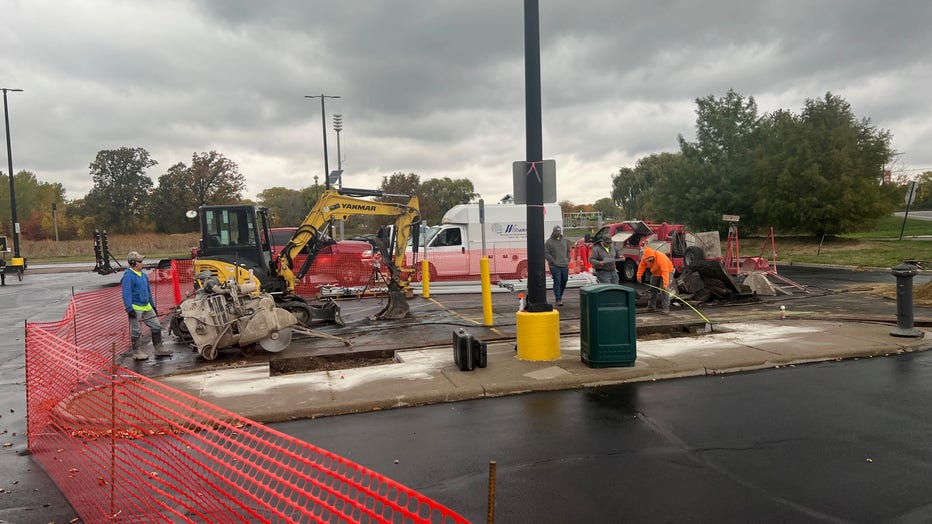 A company is needed to supply equipment and provide the network to run on. The power output is so great that a larger transformer is also needed. For money, Diatomic Energy is getting help from DTE's Charging Forward and the Department of Environment, Great Lakes, and Energy's Charge Up grant. Michigan Saves, a consulting firm, is also helping with the installation.

The DNR's charging system won't come free for consumers either. EV owners will be charged a fee based on the amount of electricity they receive.

Friday estimates the cost could come out to about a dollar per Kilowatt-hour. Each vehicle's battery capacity may vary, but Friday expects it to average out at about 50 kWh - about $50 for a full charge.

A portion of the fees will go to Diatomic Energy which will manage the day-to-day operations, and the rest will go to the DNR.

The chargers are expected to open in 2023.