The Michigan Central Innovation District is adding another partner to the massive undertaking going on at the train station, where Ford is planning to further prioritize mobility and electric vehicles. Google will be building a lab in the station, which will help train people to use the new technology being developed.

(FOX 2) - Michigan state parks will get some shiny new toys this summer when electric vehicle charging stations are installed at several sites in the next few months.

Beginning in Warren Dunes in the southwest section of the state, state parks that dot Lake Michigan's coastline will be the first to receive an estimated 30 charging stations this year. The buildup of charging stations is widely seen as a key component to wide-scale adoption of electric cars and trucks.

Other parks expected to get charging stations include sites in Holland, Grand Haven, Ludington, Orchard Beach, Leelanau, and Petoskey. Installation begins in June.

"This ability to link some of our state parks with electric vehicle travelers will provide a win-win situation for both parties," said Ron Olson, chief of the Michigan Department of Natural Resources’ Parks and Recreation Division. "The enhancement will no doubt increase the number of visitors at these parks, while providing convenience and significantly increasing the range for EV motorists."

Building up EV station access at state parks is part of Gov. Gretchen Whitmer's 2021 rollout of green technologies around the state, a release from the Department of Natural Resources sent last week said.

The implementation of state parks will happen in phases. Phase two, which includes state parks in the Upper Peninsula will take place next year.

In the matter of only a couple of years, the state and the auto companies it hosts have made an industry-wide pivot toward electric batteries. The transition of fleets offered by General Motors, Ford, and Stellantis has seen several new updates this year.

Electric vehicles: What range anxiety is and how technology will solve it

The state of Michigan is also bolstering its research and development of electric vehicles as well. Earlier this year, the transportation department said it was finalizing a contract to build the country's first wireless charging road system.

Michigan is also partners with a bevy of groups and government agencies in the development of a mobility district near Ford's Michigan Central Station building. 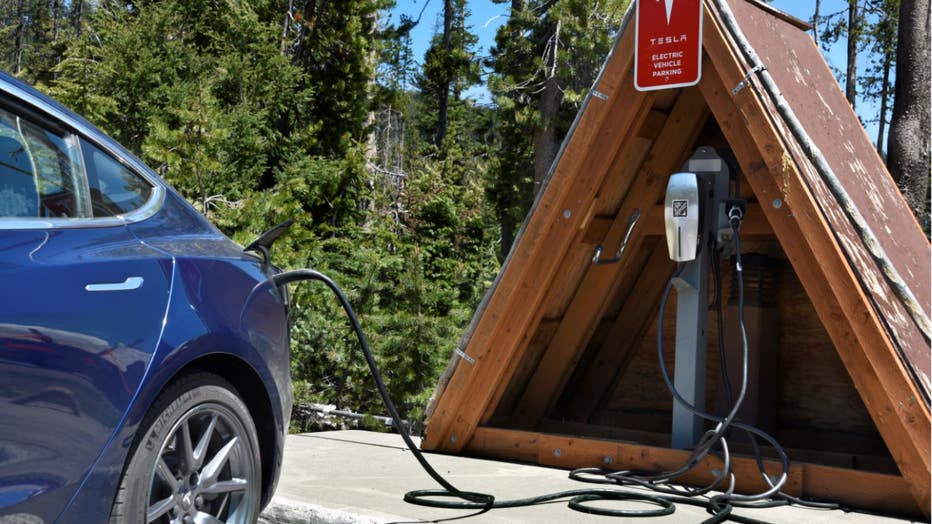 "As the transition to an electrified mobility future continues to accelerate, innovative initiatives like these are vital to ensuring EVs can be more easily incorporated into our everyday lives, regardless of where you are in the state," said Trevor Pawl, chief mobility officer with Michigan's Office of Future Mobility and Electrification. "By identifying creative partnerships and opportunities, we are making significant progress in creating a safer, more equitable and environmentally conscious transportation future for all Michiganders."

Two EV charging stations will be installed at the following sites this year:

Four charging stations will also be installed at Holland and Grand Haven state parks. Two other stations will go into the Oden State Fish Hatchery in Emmet County.