The incident killed a 34-year-old man after an exchange of words with a couple riding their bikes on Jefferson in front of the Renaissance Center.

The cyclist's girlfriend who was an armed, Concealed Pistol License holder, fired a single shot killing the man. Detroit police placed her under arrest.

Detroit police sources say the man was in an SUV and was upset with the cyclists riding on Jefferson.

He shouted at them and one of the cyclists shouted back, prompting the man to get out of the SUV and confront the vocal cyclist with a knife.

The cyclist's girlfriend, who was an armed, Concealed Pistol License holder, fired a single shot killing the man. Detroit police placed her under arrest.

Attorney and firearms expert Terry Johnson said he believes the shooting was justified.

"Realistically she has a right to protect herself but under Michigan law, she has the right to protect others as well," said Johnson. "Just the fact that the other person had a knife and she had a gun doesn't matter. Just the mere fact her boyfriend was in imminent fear of death, great bodily harm at that particular time, she had the right to use lethal force."

Craig Williams is an avid cyclist and says scenarios like Tuesday's tragedy weighs heavily on his mind whenever he gets on his bike.

"I try to be alert, keep your eyes on the surroundings around you. I usually give cars the right of way," he said. "For him to come out with a knife, and for her to come out with a gun, it just escalates the situation - and that helps nobody."

Police sources say they believe this was likely a case of justifiable homicide and that the woman had the legal right to use lethal force. The Wayne County Prosecutor's Office will have the final say on charges.

Police say footage from the ren cen security cameras are believed to have recorded the incident and will be used as the investigation continues. 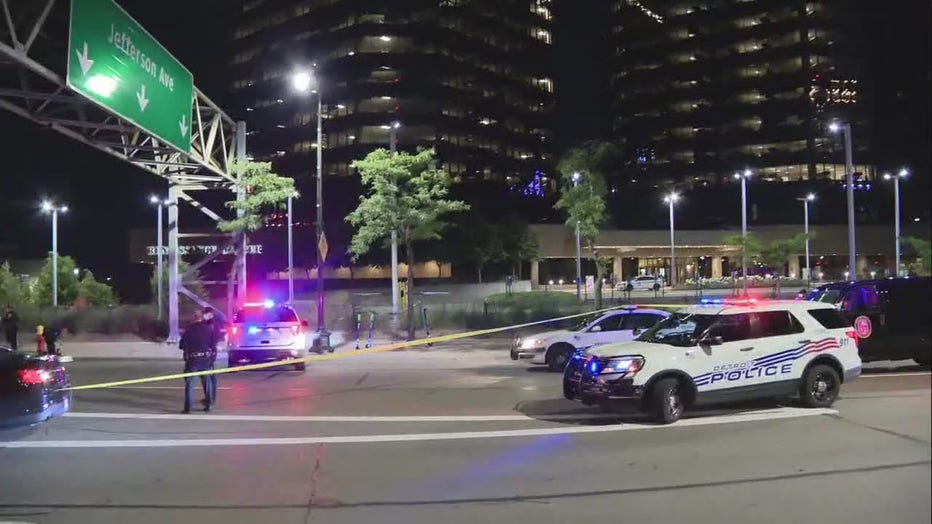