Biden, a self-proclaimed car guy took GM's new electric Hummer for a spin - before speaking to a crowd at Detroit's newest plant where it was built.

DETROIT (FOX 2) - President Joe Biden, a self-proclaimed car guy took GM's new electric Hummer for a spin - before speaking to a crowd at Detroit's newest plant where it was built.

"God it is good to be back in Detroit – and that Hummer is one hell of a vehicle," he said.

The self-proclaimed car guy isn't just saying that - Biden took GM's new electric Hummer for a spin - before speaking to a crowd at Factory Zero - Detroit's newest plant where it was built.

Biden used the factory as a backdrop to bolster his plan to electrify vehicles by 2035, but to promote the bipartisan infrastructure law that was just passed and the Build Back Better plan - he believes will create an economy to help make that happen. 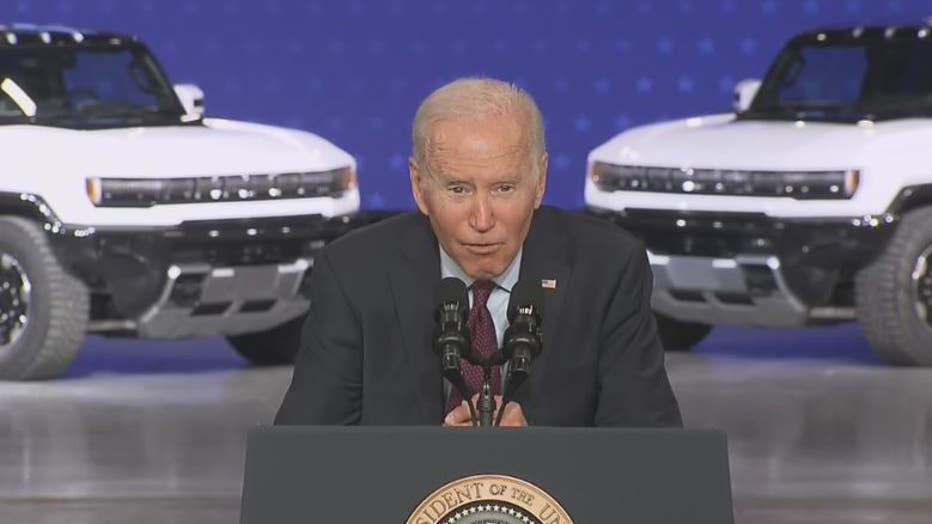 But to do that - Biden called out GM CEO Mary Barra and claimed corporations would have to do their part.

"They ain’t paying enough – sorry Mary (Barra)," he quipped. "here’s the deal, I am a capitalist. If you are able to make a million, a billion dollars, do it, it is good for everybody – but pay your fair share."

Many members of Michigan's delegation took the podium to praise the one point trillion dollar road and bridge bill - that's supposed to be $10 billion to improve infrastructure in our state.

"We haven’t invested in our infrastructure since the New Deal – we are going to invest on our water, our roads, our mass transit, broadband," said US Rep. Brenda Lawrence. 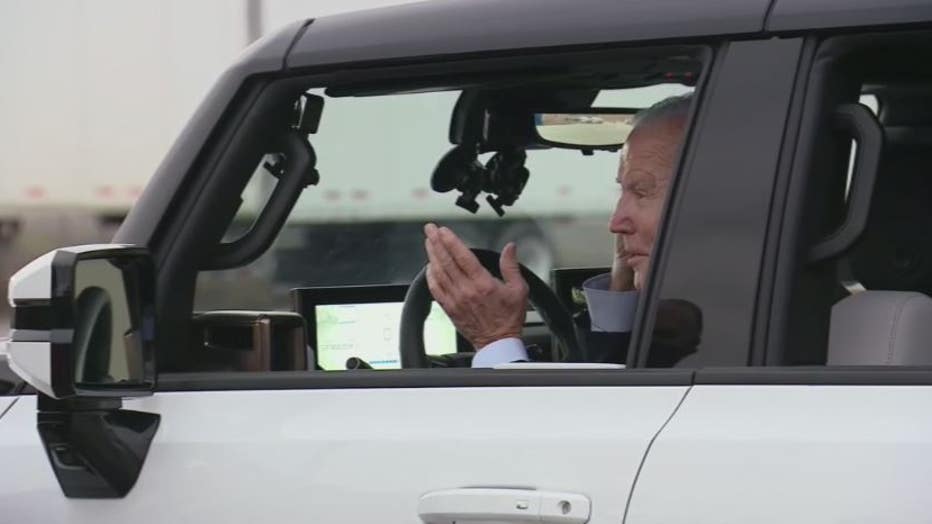 Recently, the Biden administration has been blamed for rising prices, supply chain issues, and inflation. But the president claims the Build Back Better act he's working to pass - will do the opposite - lowering prices of prescription drugs, child care, elder care, health care, and housing.

Watch his full speech below:

President Joe Biden spoke at the opening of GM's Factory ZERO where the new GMC electric Hummer will be built, discussing his Build Back Better bill.