Detroit, Ferndale invest in 8 Mile, Woodward overpass while staying sensitive to the homeless

Both cities contributed $100,000 each and an additional $25,000 was donated by TCF bank. Lights will be installed, Murals will be painted on both sides of the underpass, and people in need will be given assistance.

FERNDALE, Mich. - Changes are coming to the intersection of Woodward and 8 Mile this year after a partnership between Detroit and Ferndale enabled the two cities to tackle the blight and poverty that inhabits the area.

What began as an attempt at beautifying the area has morphed into a two-pronged effort that targets both the urban design of the major infrastructure and the human care angle of those that use the area to panhandle and take shelter.

"There really are two pathways to this project, it's improved safety and to improve the conditions of the people under there," said Ferndale Mayor Melanie Piana.

That includes people like William McKenney, who has lived under the bridge for 11 years. "Sorry to bring you into my home. Yes, this is where I sleep now," he said.

"There's a cross-section of all kinds of people who come through here," he said.

Reclaiming the land under the Woodward overpass has been a plan that's been more than a year in the making. Proposals have gone out to both urban design firms and human service-centered businesses that focus on rehousing people and connecting them with jobs.

The second prong of that project kicked off earlier this year when the company Motor City Mitten Mission was awarded a contract to connect the people that use the intersection with addiction and mental health services, or helping them find a job and housing.

Those services will be offered through 2022. So far, they've had successful outreach with 20 people at the intersection, connecting them with services.

Those who walk and drive through the intersection can expect to see some changes of their own to the design of the intersection. The firm The People of Detroit were awarded a contract to redesign the underpass, which will eventually include murals and art decorating the walls. 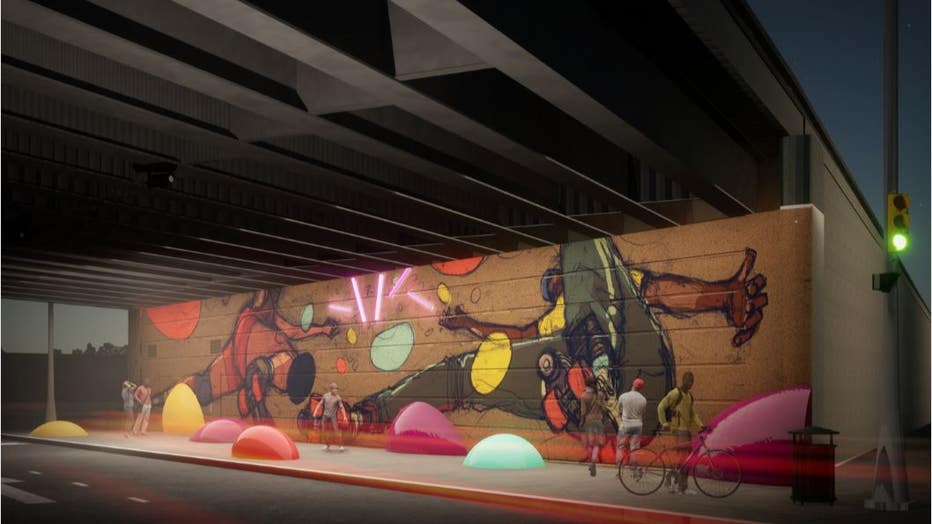 "I never went under the bridge," said Noah Stephens in an interview with FOX 2 earlier this year. "I never considered it a viable passageway. The fact I can't recall using it probably says a lot."

Stephens, who runs The People of Detroit firm said the design will require a balance of expertise and input from the community. He presented the first renderings of what his company came up with this week. 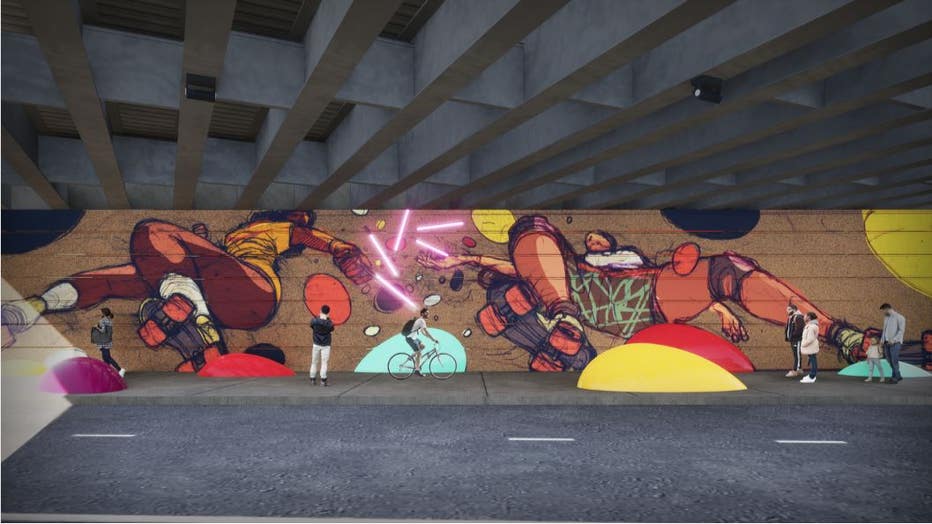