There are 450 lakes in Oakland County, more than any other county in Michigan. With more than 83,000 boaters navigating the waterways, it may be time for a refresher on boating safety. In this Weather or Not, Meteorologist Lori Pinson shares boating tips provided by the Oakland County Marine Unit.

OAKLAND COUNTY, Mich. (FOX 2) - Today is Mico Love’s first day on his new boat - and he’s got some idea of what to do.

"Make sure there’s a life safety vest for each passenger," he said. "I know that for a fact - and be cautious of others that are doing water sports."

But he also realizes he needs a lot of training. He’ll spend about two hours on the water today learning the ropes from trainer Perry McKenzie.

FOX 2: "What’s some of the things people totally ignore after you train them?"

"Drinking," McKenzie said. "They want to get the alcohol out there and they just get crazy and they wreck the boat and they call us. We come pick it back up and we repair it. We bring it back out to them and we tell them, 'Don’t do that. These are houses on water.'"

Oakland County Sheriff's Office Sgt. Brian Burwell has seen that scenario repeated many times. Alcohol is one of the main causes of drowning on the water.

"If you’re on the water, you’re going to have a higher level of, alcohol is going to effect you more, because of the heat, the wind is on you," said Burwell, who is in the Marine Division. "You’re out in the sun all day, so alcohol will have a greater effect on you. Point 101 on the water is the same as on the road. Drunk boating often leads to drunk driving. So when people do leave the lake, we’ll have a number of units on road patrol for alcohol enforcement."

On this day we head out on Cass Lake, one of Oakland County's busiest lakes. First things first, before you get out on the water, suit up. 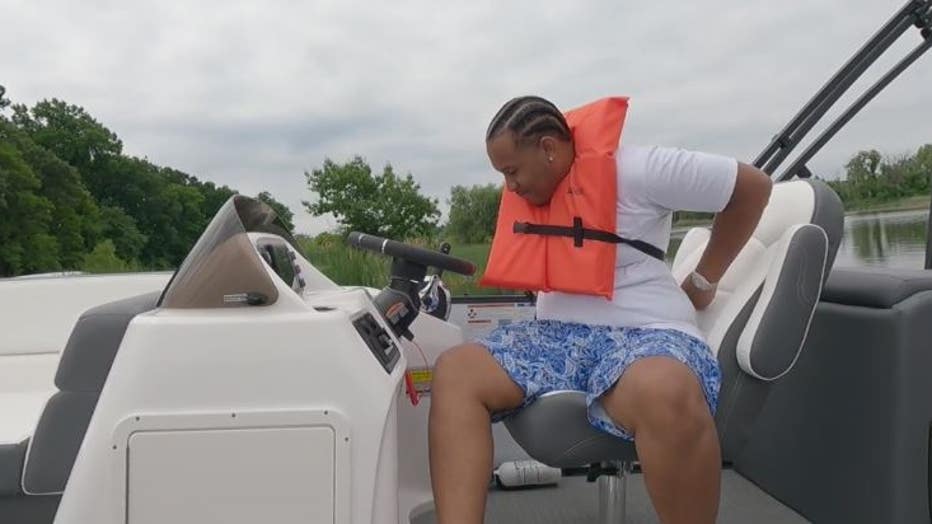 "Always have a life jacket. Just like in your motor vehicle with a seat belt in your car, life jackets don’t work if you don’t use them," Burwell said.

One surprising fact is Burwell said they see a lot of people on the lake run out of fuel.

"Just like in a motor vehicle, people are distracted by cell phones, texting when you’re out on the water, it is the same thing, be aware of your surroundings. put those cell phones away, watch what is in front of you," Burwell said.

As we head toward downtown Keego Harbor, we passed a group of people enjoying water sports.

Burwell says the rule to remember there, is: 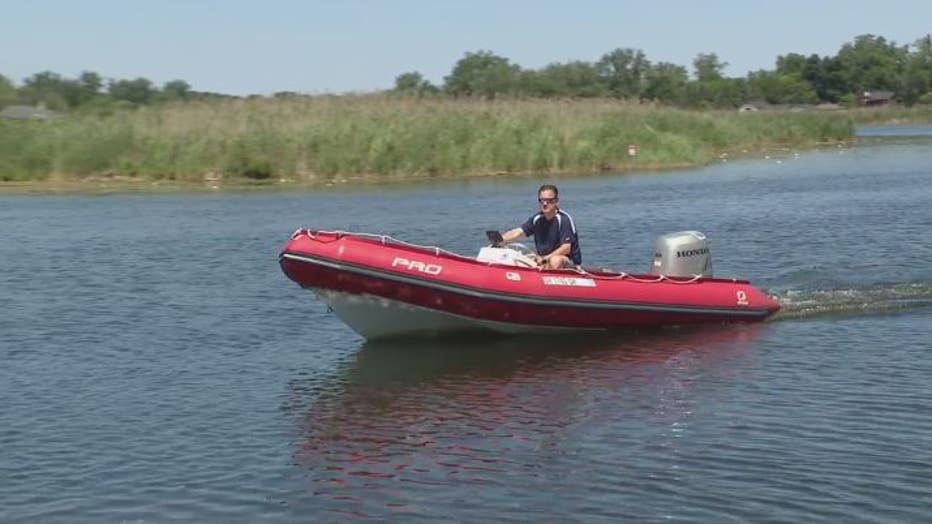 The Keego sandbar is one of the busiest and heaviest patrolled areas of Cass Lake.

"We have a lot of boats tied up, a lot of alcohol consumption, noise violations," Burwell said. "So this would be an area the sheriff’s office will focus heavily on this holiday weekend coming up.

"Friday night is the fireworks on Cass Lake and we’ll be extremely busy. Drowning is our number one cause of death in boating accidents, obviously alcohol is a factor in both of those."

If someone does go overboard, an inexpensive marker buoy could save a life.

"We can mark the last seen point. It helps the rescue personnel determine where that person most likely is," Burwell said.

If you’re still unsure of how to be safe on the water, take a boating safety class, many of them are online.

"It starts right here at the boat launch. Oakland County’s got a tremendous amount of waterway and we certainly want people to come out and enjoy our lakes, rivers and streams," he said. "But we want them to be safe about it." 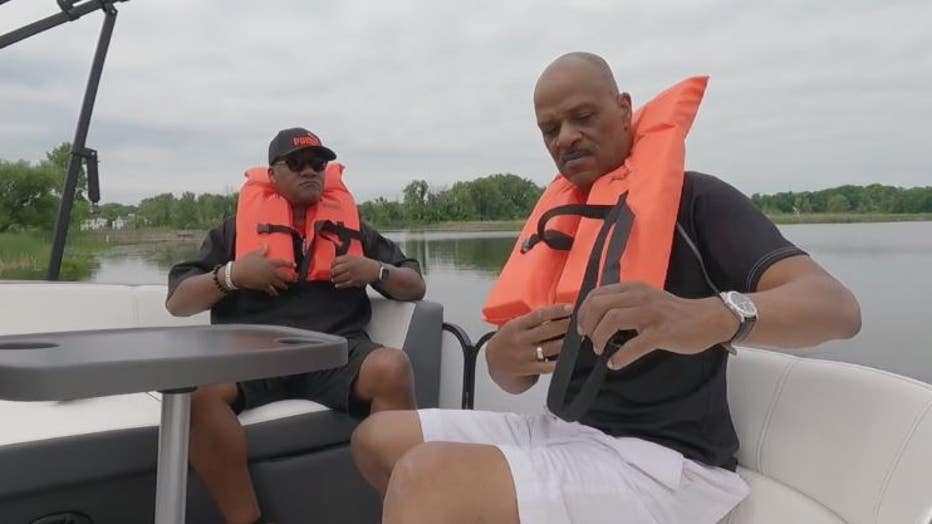