MADISON HEIGHTS, Mich. (FOX 2) - When Warren police shot a burglary suspect at a motel last week, they may have also struck at least two mobile homes in the Madison Oaks Community.

"It went through here and it went all the way through my living room," said Amanda Freeland. "And it came out the other side of my living room under my Christmas tree.

When Warren police shot a burglary suspect at a motel last week, they may have also struck at least two mobile homes in the Madison Oaks Community.

Freeland’s home is one of the mobile homes apparently hit.

"Then I heard a ping on the house," she added.

She’s thankful her boyfriend was not home at the time-saying he would’ve been sitting in the bullet’s path. She is thankful the bullet that hit the house was not a few feet to the right.

It all happened around 2 a.m. last Thursday. Warren police say they followed a 35-year-old man to the Knights Inn motel in Madison Heights after watching him steal a safe.

The department says the suspect attempted to run officers over when they tried to arrest him, ramming a squad car before they shot him. 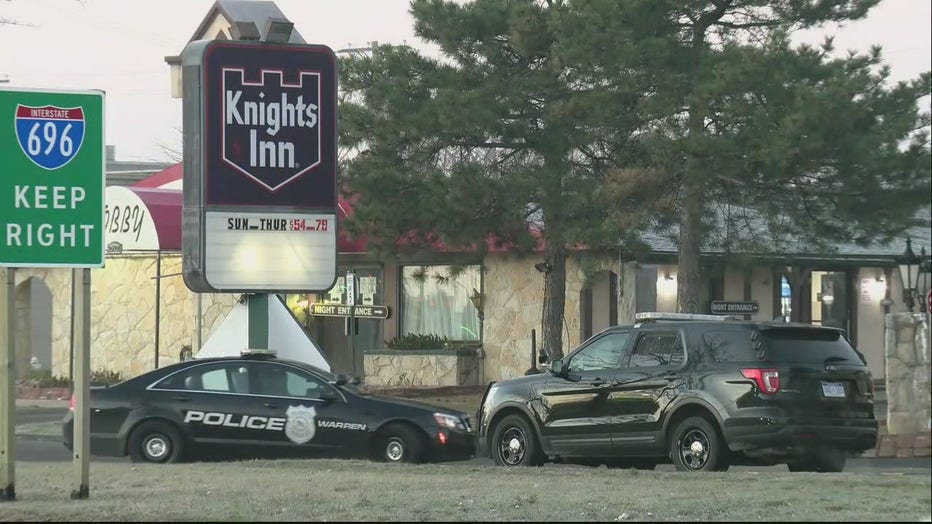 "They knew who he was, they knew his background, they knew he was a dangerous criminal," said Warren Police Commissioner Bill Dwyer. "He had statements that he would not go back to prison, which meant to us he would use any type of force necessary to not be arrested."

"More than I can remember or count," said Raqul Delinski.

Delinski says one of the rounds hit her home too. She also lives in Madison Oaks, about 100 or so feet away from Amanda Freeland.

No one inside either of the homes were hurt.

"This has been a terrifying incident," Delinski said. "Every noise I hear, every thump from a trash can hitting my trailer now, I just jump up and think it can be another bullet."

Freeland said a Warren police officer came by later that morning and retrieved the bullet under her Christmas tree. Dwyer says the department is looking into everything that happened. 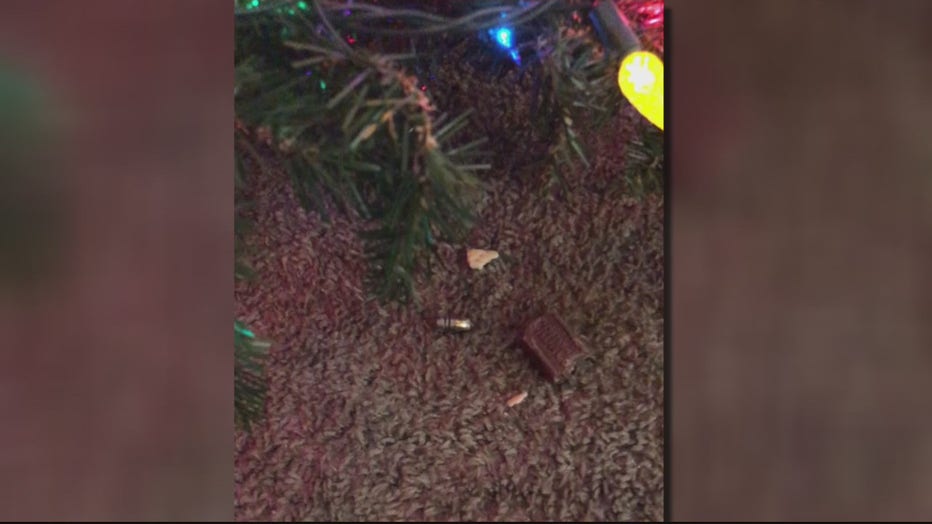 A photo by Amanda Freeland of where the bullet which went through her home ended up - under the Christmas tree.

After contacting an attorney and former police chief, they said the likely outcome would be a legal complaint settlement with compensation for the property damage if the bullets are from Warren police. 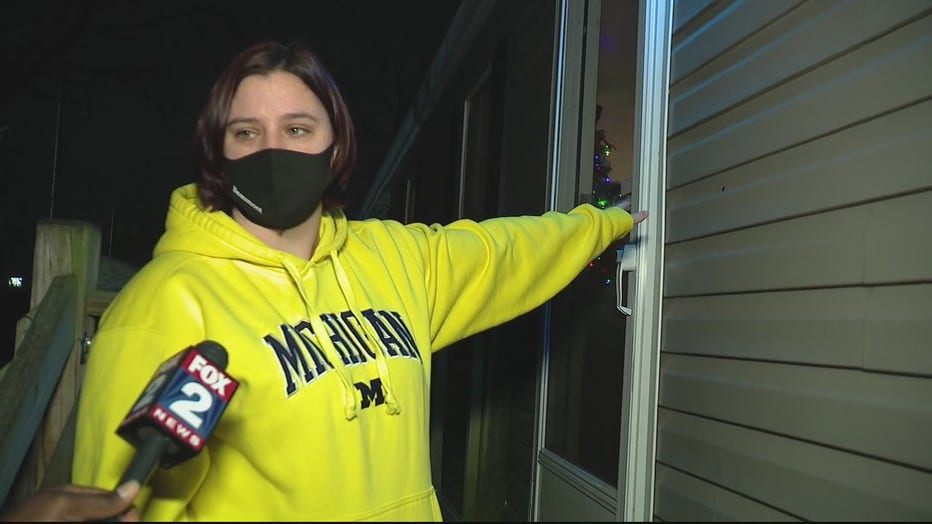 Amanda Freeland shows where the bullet hit her home.