(FOX 2) - It doesn't take long to realize the unbreakable bond between these six women. Friends since grade school and junior high, they call themselves the She-Pack. When one soul sister is in need - they band together to help.

"I just found out by a fluke, just having lower abdominal pain," said Lynette Nyberg "They sent me in for an MRI and that's how they found it. It is a genetic disorder but no one in my family has it."

Lynette Nyberg has been suffering from polycystic kidney and liver disease for the last two decades, but she recently found out her kidney function has dropped to dangerous levels

Nyberg, of Canton, has been suffering from polycystic kidney and liver disease for the last two decades, but she recently found out her kidney function has dropped to dangerous levels and she is in desperate need of a live kidney donor.

"The past five years have been the worst, because the kidneys keep getting bigger and squishing other organs," Nyberg said. "A transplant - there is no cure. You either do dialysis, which is very hard on the system, get a live donor or cadaver. The live donor (kidneys) lasts twice as long."

As soon as her She-Pack learned, they put out the word, starting a Facebook group called Lynette's Kidney Quest. Many people have been tested, but haven't qualified as a match.

Now they are driving around with hand-written pleas - asking people to please be their hero. Carol Desai knew they needed more exposure so she reached out to FOX 2.

"She is a great person, very giving, she is a nurse, her job is taking care of people so the least I can do is get the word out there," Desai said. 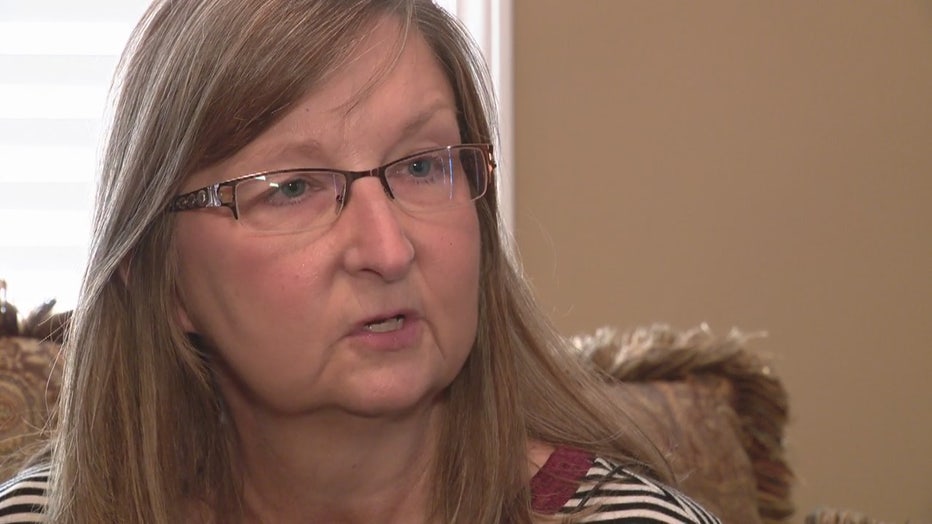 Lynette continues to work her nursing job through the exhaustion and pain, which she says is possible because of the support from her husband and children who pick up the slack at home.

But without a donor, they fear how much quality of life she will have left. They are hoping to bring awareness for more people to get tested, and if possible, share their spare to save her life.

"All of us would do anything we can to help Lynette get her life back," said Denai.

"The hope to get a live donor, but if not, I will do the dialysis, just to be around for everybody."