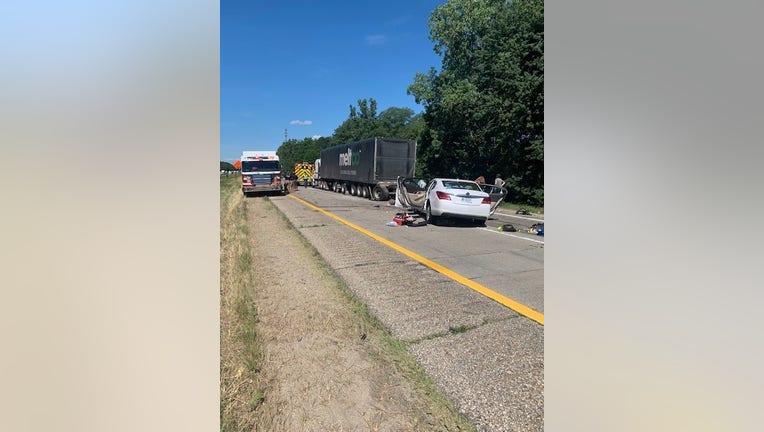 KENT COUNTY, Mich. (FOX 2) - A car crashed into a semi-truck on I-96 in west Michigan on Tuesday, not far from a similar crash a day before.

READ: Car rear-ended by semi after crashing into semi-truck

According to police, the semi was stopped for construction on westbound I-96 between Morse Lake and Whitneyville roads in Kent County when the truck was rear-ended by a Buick Lacrosse.

Three people in the car suffered serious injuries, and were taken to a hospital.

This crash happened just east of where a car was crushed between semi-trucks after rear-ending a truck on westbound I-96 near M-6 on Monday afternoon.