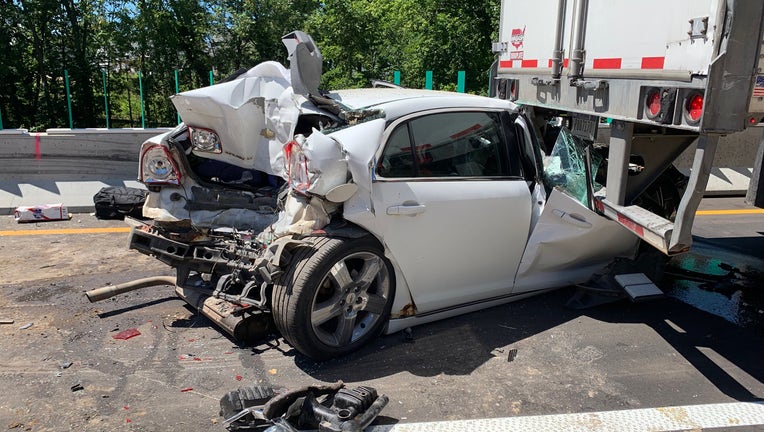 KENT COUNTY, Mich. (FOX 2) - A car was rear-ended by a semi-truck after rear-ending a semi-truck Monday afternoon on a west Michigan freeway.

Police the driver of a Chevrolet Malibu was in a construction zone where only one lane is open on westbound I-96 near M-6 in Cascade Township when they hit the truck. The car was then hit by another semi from behind. 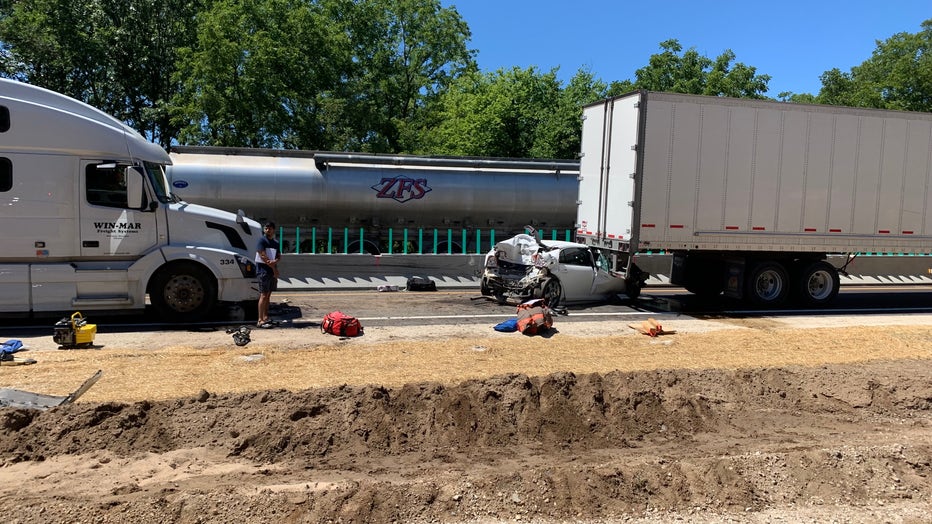 A passenger was trapped in the Malibu. They suffered minor injuries, police said. The driver was not hurt. 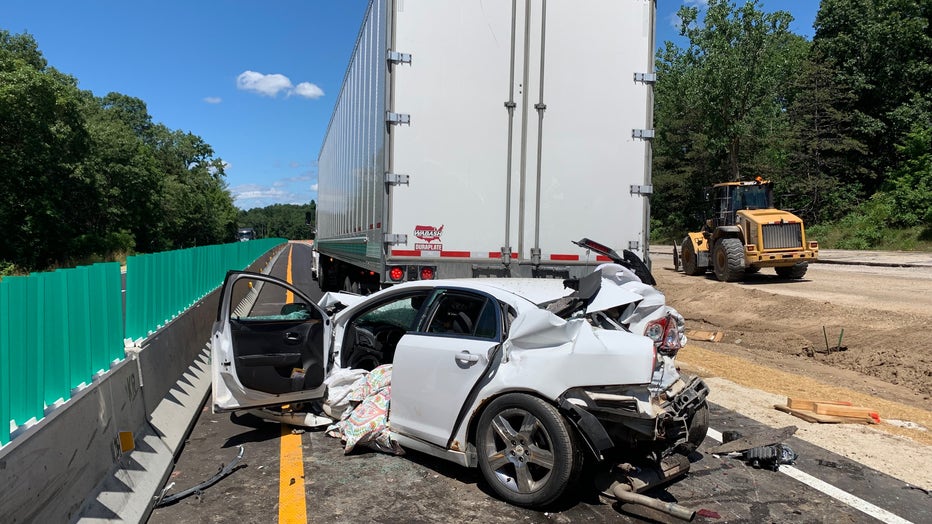 Police are using the crash to remind people to slow down in construction zones.