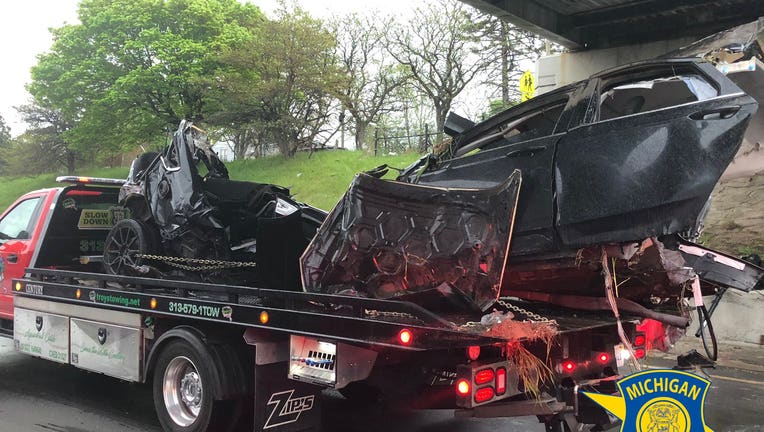 Michigan State Police said a car was split in half when a driver lost control and crashed into a bridge abutment on I-94.

DETROIT (FOX 2) - Michigan State Police said a driver who was speeding and weaving through traffic on I-94 Monday morning crashed into an embankment and a light pole causing his car to split in half.

According to police, the crash happened on I-94 near Chatsworth Road around 4:30 a.m. on Monday. Early investigation indicates the driver, a 24-year-old man, was weaving and speeding through eastbound traffic.

RELATED: Innocent women killed when wrong-way driver without headlights hits her head on

The driver lost control and crashed into the right embankment and hit a light pole before the car was split in half by the bridge abutment at Chatsworth Road. The abutment is the end of the bridge that supports the structure.

The driver was ejected from the car and onto the freeway ramp to Harper Avenue.

The man was taken to the hospital and is being treated in the ICU and is expected to survive.