The historic Detroit staple is not open at 5:30 a.m. - but that was when the break-in happened as the suspects used a rock to break through the glass door. But the register they took, ended up being empty.

The historic Detroit staple is not open at 5:30 a.m. - but that was when the break-in happened, as suspects used a rock to break through the door glass. But the register they took, ended up being empty.

"I don't know what's in these people's heads, they're nuts," said Grace Keros, owner. "They throw a boulder right through here, gets in, comes over here, rips the register out, didn't even unplug it. (They) rip it out of there, and drive off with it."

Keros doesn't leave money in the cash register overnight so the criminals got nothing.  And if you look closely on security video of the caper, it seems that the one suspect threw the cash register out and hit his partner - causing him to limp to their white luxury sedan getaway car.

"We had three locations they were burglarized," he said. "At this time those cases are being investigated by our precinct detective unit and will follow up from there and see what we have."

There were no injuries, the criminals got nothing, and by Thursday at lunch, it was business as usual at American.

"We've had broken doors before, it's like a monthly thing in Detroit," Keros said. 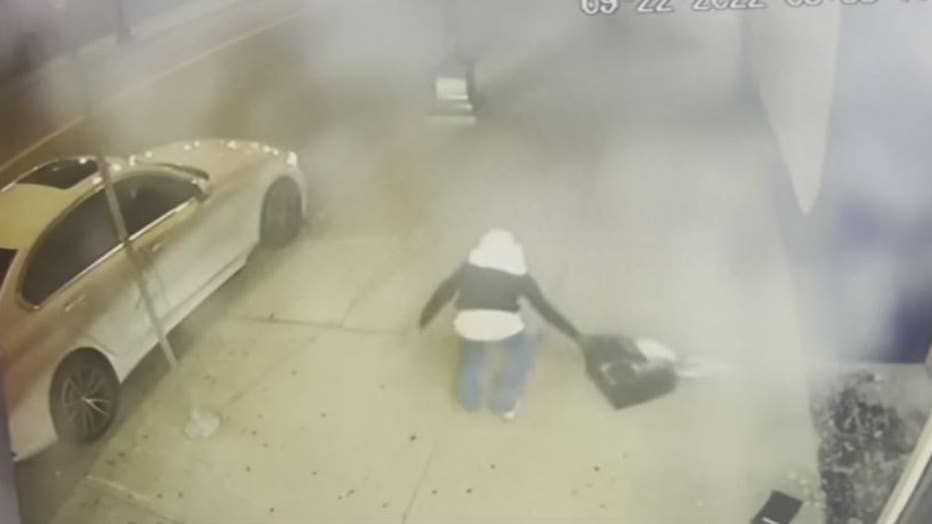