Ceasefire Detroit comes to the aid of those impacted by tragedy

DETROIT (FOX 2) - A group of first responders in Detroit don’t wear traditional law enforcement uniforms - but they can be seen at crime scenes across the city.

Ceasefire Detroit helps families at their worst moments. Wednesday on Carlisle Street, FOX 2 saw Yolanda Stinson working to bring peace after the horrific deadly shooting of a mother in front of her home.

"It was heartbreaking, to say the least," said Stinson, a Detroit police chaplain, and Ceasefire Detroit member. "Not only did you have the family trickling in, but then you have the information that there are two children now who are without their mother."

Detroit police were seeking person of interest David Hammond in connection to the fatal shooting of Andrea Tucker after she dropped her kids off at school.

Moments after the shooting, Stinson and Quincy Smith, of Ceasefire Detroit, tried to help a grieving family at their worst moment.

"We allow those who are hurting and grieving to kind of lead us, we assess where we can fit in and where we can help," Smith said.

Helping families piece their lives together after it was ripped apart by violence isn’t easy. Both Stinson and Smith say it’s a calling from God. 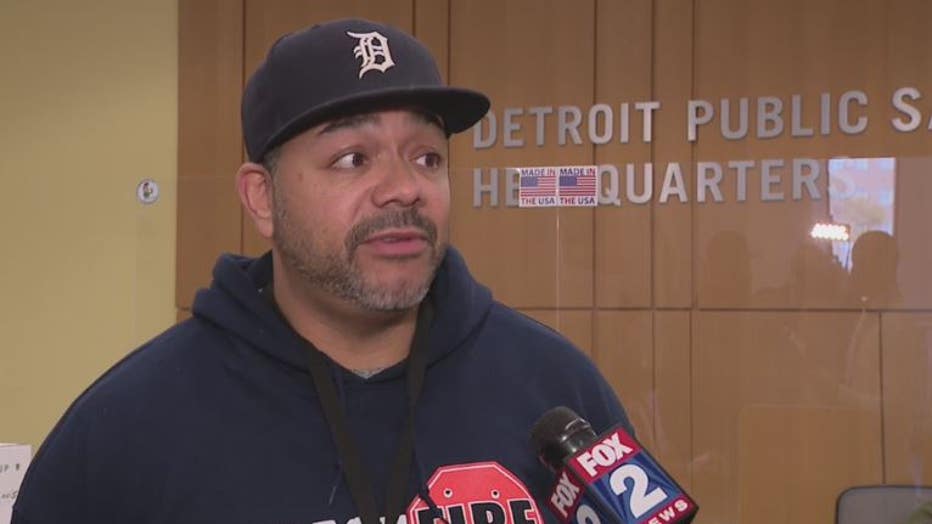 No matter how many homicides happen in Detroit, Ceasefire will continue to be boots on the ground.

"To be the strength for people who have no strength,. to be a shoulder for people to lean on, when they have no one to lean on, or to be a hug for someone who needs a hug," Stinson said.

Members of Ceasefire Detroit say they need their moments of self-care too. After the shooting on Carlisle Street, they said they needed moments to decompress, gather themselves, and get back to helping other people in Detroit’s neighborhoods.