DETROIT (FOX 2) - The driver of a Dodge Charger drove circles around a Detroit police officer. Literally.

It happened on Gratiot between Warren and Van Dyke, Thursday night. A crowd watched and recorded as the driver did donuts in the middle of the road with seemingly no regard for oncoming traffic.

It happened on Gratiot between Warren and Van Dyke, Thursday night. A crowd watched and recorded as the driver did donuts in the middle of the road-with seemingly no regard for oncoming traffic.

He then sped off towards downtown - and the video was posted on social media.

"It shows the disrespect you have for the city, the officers, and the safety of others," said Lt. Willie Duncan, Detroit Police Department, Commercial Auto Theft Unit

Commander Jacqueline Pritchett heads up DPD's Organized Crime Unit and the newly formed Drag Racing Detail. It is out every weekend and so far have made more than 80 arrests and confiscated nearly 70 guns.

They are cracking down on both racing and drifting. Detroiters like Jessie Hickson say both have gotten out of hand.

"It's not just the Chargers and the Mustangs and fast cars, it's regular cars, it's F-150s speeding through here," said Jessie Hickson, who lives in northwest Detroit.

Police recently seized two Lamborghinis and a Dodge Charger Hellcat whose drivers were illegally street racing on the city's eastside. Those drivers are from Kalamazoo and Clinton Township. 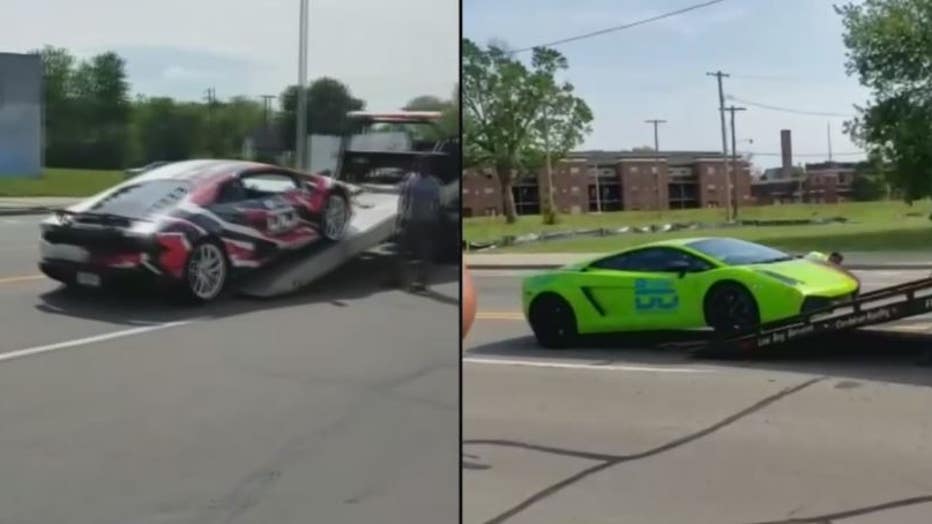 Two Lamborghinis were seized by Detroit police for drag racing.

A couple of them anticipated trouble long before getting to Detroit with one of them saying in a video "No arrests. I have bail money, but no arrests."

"If you're that bold to come to our city and think you can do what you want to do, and go back to the suburbs and hide, we're coming to get you," said Pritchett.

"That's what happened to the driver of the Dodge Charger who did circles around a police cruiser. Officers did not pursue him that night, but they did catch up with him. He's now in custody and it turns out he was on probation when pulled the stunt. 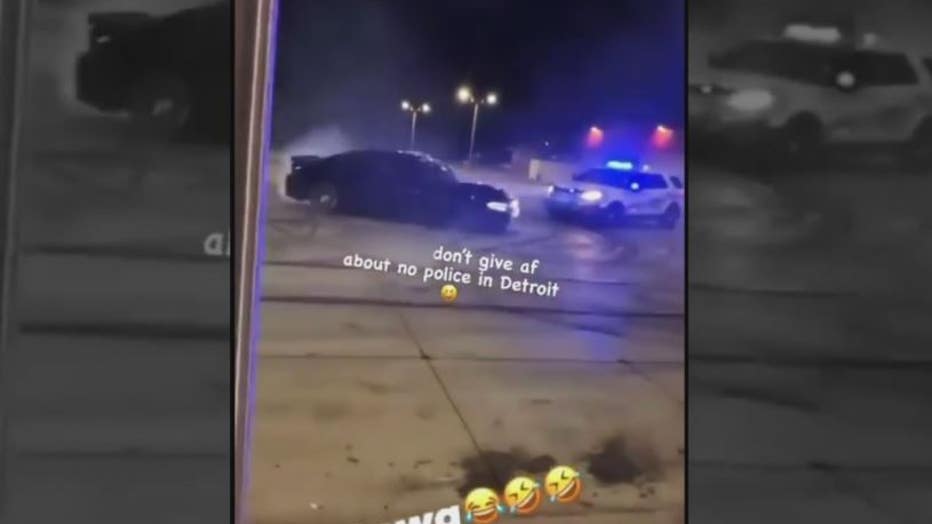 Still shot of a viral video of a Dodge Charger doing donuts around a Detroit police cruiser.

"I know people say they are just drag racing, we're just doing donuts, we're just trying to have fun," said Duncan. "But there is a place for everything. Take it to the proper location and have fun that way."