DETROIT (FOX 2) - Charges against 20 protesters who took part in demonstrations in Detroit over the summer, were thrown out Monday.

Judge throws out charges against Detroit protesters for summer demonstrations

Scores of demonstrators were arrested or cited during last summer's protests sparked by the killing of George Floyd. More than 300 cases have been dismissed. Detroit's law department voluntarily dropped most of them. Only a handful remain.

David Cripps, one of the lawyers representing them, says the city failed to provide due process.

"It's a fight that has to be fought. we're going to continue to work with our lawyers to make sure justice is served and the charges are dropped as they should be," said activist Jordan Weber.

Weber is one of the leaders of the activist group Detroit Will Breathe, which led the protests.

"It's been hanging over my head, it's going to be following me for a long time so I'm really glad they were dismissed," Weber said. "We decided to, all of us, collectively fight this together - and I'm glad we did."

Scores of demonstrators were arrested or cited during last summer's protests sparked by the killing of George Floyd.

More than 300 cases have been dismissed. Detroit's Law Department voluntarily dropped most of them. Only a handful remain.

"The city law department has targeted a small group that you might consider to be leaders or organizational leaders," Cripps said.

Detroit city attorney Lawrence Garcia says the law department is "still pursuing those cases that we think warrant pursuing based on the circumstances of the individual cases." 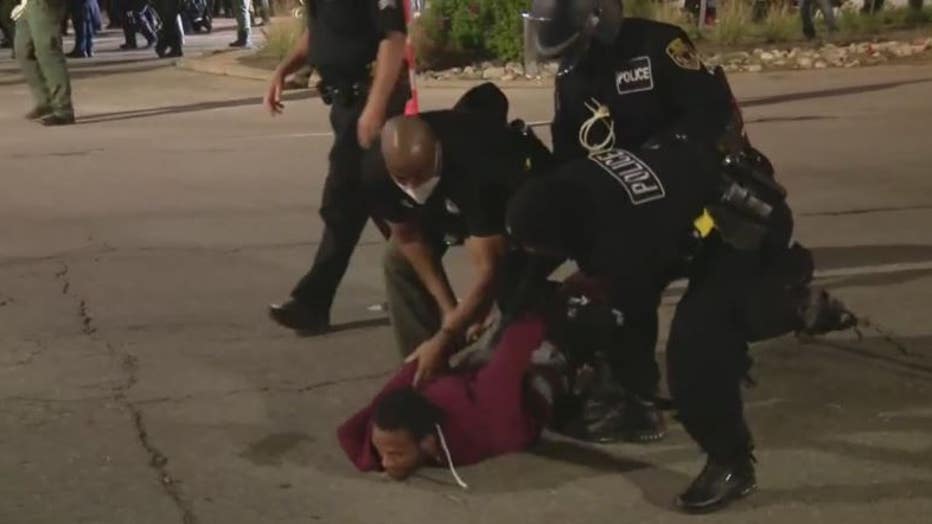 A protester is arrested by Detroit police last summer downtown.

"For the most part, everyone I've come into contact with and listened to, are conscientious young people who saw the dangers of excessive police force and the unwarranted brutality used upon African- Americans in our society in arrests," Cripps said. "These people stepped forward even in danger to themselves, to speak their conscience."

Detroit Will Breathe filed a federal lawsuit against the city of Detroit last August. The Detroit city council, at the mayor's request, recently approved additional funding to fight that lawsuit which includes a counterclaim against the group. That counterclaim is still pending.

About 11 people are still facing some felony and misdemeanor charges in Shelby Township after Detroit Will Breathe protested there back in late October.