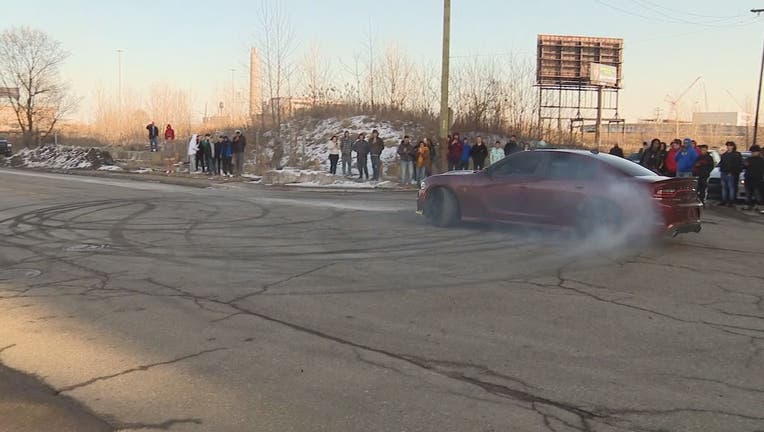 DETROIT (FOX 2) - Car stunts are becoming more and more common in the City of Detroit, forcing the Detroit Police Department to try and think of a solution while cracking down.

Dozens lined the streets again on Sunday near Harper at I-75 to watch stunt drivers kick up smoke. Social media traffic points to the group TSNLS.

Detroit Police were on their tail, following their caravan from Chandler Park to the Harper location.  The red and blue lights of one scout car sent everyone running.

Detroit Police confirmed several tickets were issued for reckless driving and fleeing and alluding. At least two people were arrested.

Detroit Police Chief James Craig is paying extra attention to drifting, as it's called, especially after the group shut down I-94 several months ago.

"Sunday Fun Days," as Chief Craig is calling them, "I have to devote all my resources, an air ship, and I should be out dealing with crime."

He joined Let It Rip Sunday morning to talk about the issue.

Chief James Craig responds to stunt driving in the city

Detroit Police Chief James Craig joined us on Let It Rip to talk about stunt drivers in the city.&nbsp;

"The onlookers will play chicken with the cars as their engaging and that's not what most of the drifters want," Craig said.

He believes it's only a matter of time before someone gets hurt.

"It's in a lot of the major cities across the country but here is what's fascinating - Sacramento, Kansas City, they've created a safe space," he said.

Craig confirmed he's in phase one of acquiring a property on Detroit's east side for stunt drivers.

"We are going to find and get a legally sanctioned area for them to do their craft," he said on Let It Rip.

He also said he's in talks with the Big Three and other automakers to make a legitimate course down the road.