FARMINGTON, Mich. - Law enforcement officials with the city of Farmington have released photos of two people of interest after a local arcade was shot up in late February. 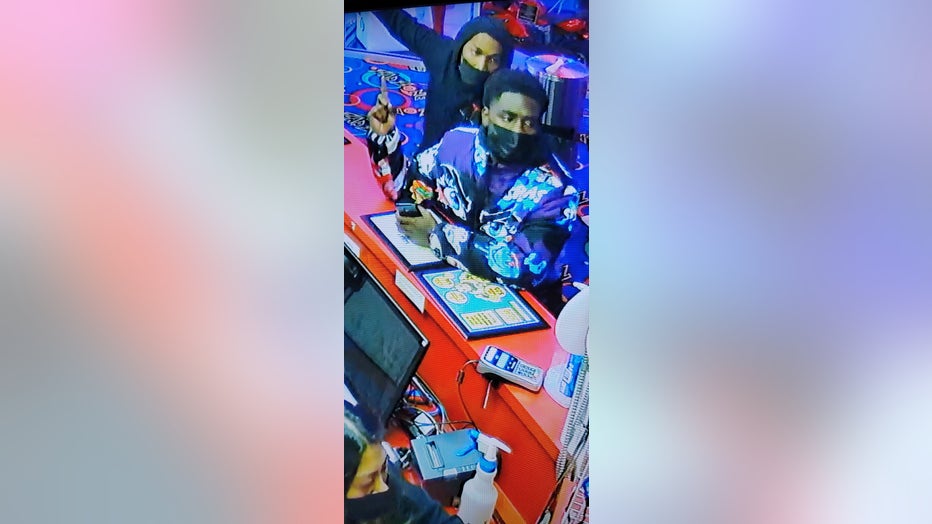 Surveillance footage from a Zap Zone arcade spotted two Black males at a counter that officers with the Farmington Public Safety Department want to speak with.

Police still haven't arrested anyone involved in the shootout reported Wednesday evening after several people fired at the front door of the building.

Public Safety Director Ted Warthman said that an altercation between two parties left the front door of the arcade "showered" with bullets.

The shooting started after one group of individuals left the Zap Zone, went into the parking lot, and waited for someone to exit the building.

"When the victim was leaving the building, they showered the front door with gunshots," said Warthman.

While reports listed as three people getting hit by gunfire, police weren't able to identify any victims that were injured.

The shooting happened Feb. 24 at 31506 Grand River. The suspects fled in a dark-colored full-size pickup truck.

The Farmington Public Safety Department is asking if anyone recognizes the men in the photos, they're asked to contact them at (248) 474-4700.