LIVONIA, Mich. (FOX 2) - Last week two masked suspects stormed a 7-Eleven, robbed the place and roughed up the clerk inside.

Police is hoping that by releasing the video, they'll be able to get the suspects off the street.

Police is hoping that by releasing the video, they'll be able to get the suspects off the street.

A gun was drawn, the door is locked and a man hopped the counter demanding cash. It was the beginning of a living nightmare for the clerk.

Two masked men held up the 7-Eleven on Seven Mile and Inkster in Livonia, it happened last Thursday just after 1 a.m. You can see one of them handling a shotgun and manhandling the clerk even though he's willing to hand over the cash.

"Our clerk does everything he's supposed to do - he's compliant, he's giving them the money, he tells them 'Hey, take the money,' and we see the one suspect take the long gun and strike him multiple times in the face," said Taig.

Taig says the men ordered the clerk to a back room to open the safe, but he did not have the code. He was told to stay there as the men emptied the register and make a run for it.

"When I listen to the call, when I watch the tape, it makes you angry," Taig said. "I hope it angers the audience, I hope somebody maybe has heard something or could see something and passes that on to us."

The clerk, while shaken up, is okay. And tonight Livonia police is hoping someone recognizes the men's mannerisms or clothes they had on, so they can get them off the streets.

If you know who those men are, or have any information about what happened here, please call Livonia police (734) 466-2470. 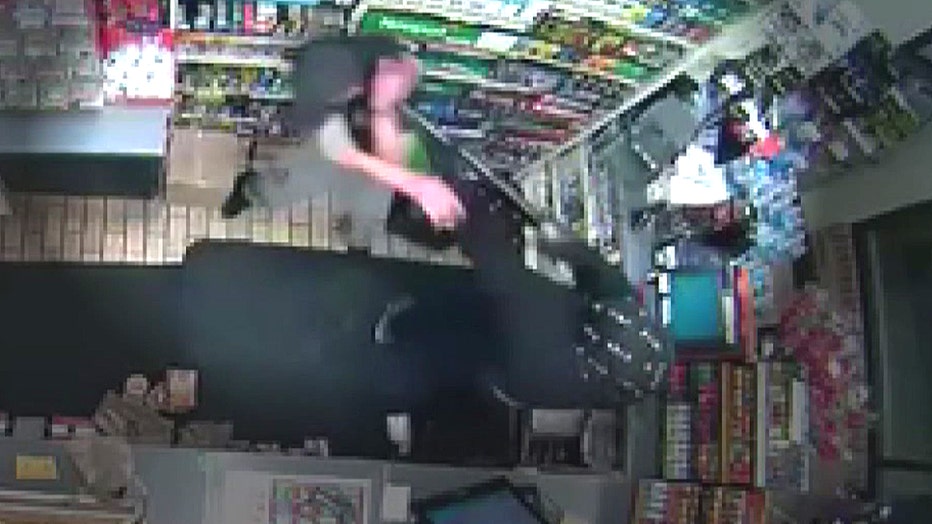