More than 50 years ago, an 18-year-old woman and her roommate were executed inside a suburban Detroit home. Five decades later, no suspect has ever been brought up on charges.

BINGHAM FARMS, Mich. (FOX 2) - It's been nearly half of a century since Linda Wright and Gary Kasco were brutally murdered inside a Bingham Farms home. It's been 50 years of evidence and clues and dead ends as the Michigan State Police have investigated - but despite the passage of time, they're not done searching for the person responsible.

Detectives with MSP are giving dozens of cold cases a fresh look in hopes of finding answers and making arrests as they hope to give loved ones all-important closure.

The murder of Linda Wright and Gary Kasco is one of those cases, and it all started on an August day in 1970.

Jacqueline Poulson never got the chance to meet her aunt Linda, but she knows her through stories told by her dad and his other siblings.

"She was so beautiful she had a lot going for her," Poulson said.

Her Aunt Linda was just 18 when she and Gary, 27, were both brutally killed; the details of which haunt Poulson.

READ: What happened to the Skelton brothers?

Poulson recently went to the police to see where her aunt's case stood. After more than 50 years, the newspaper articles have yellowed and memories have faded but the murder of Linda and Gary is being handled by a special unit of the MSP. Its sole purpose is to make sense of the unsolved.

"We have about 70 cold cases at district headquarters. We have two detectives that are assigned to that full time," said MSP First Lt. Michael Shaw.

Detective Sgt. Eric Young and his partner are now giving those cases another glance. They hope to find out - after all these decades - who did it and why.

The execution of Linda Wright and Gary Kasco

The families of the victims deserve to know what really happened on Aug. 31, 1970. What we do know is that their murders were horrific.

"They were bound, gagged, and also blindfolded. Both of them were executed with a single bullet to the head," Young said.

Gary owned the home on 13 Mile near Telegraph in Bingham Farms and had recently placed an ad for a roommate - which was answered by Linda shortly after graduating high school. On Aug. 30, Gary threw a party and the next day, around 3 p.m., a friend found them both dead in the front room of the home.

Police speculate it was a drug deal and Linda was a bystander caught in the middle.

"We believe people came to that location either for a drug rip or either to rob him or just kill him. Unfortunately, Linda Wright was at the wrong place at the wrong time," Young said.

How MSP is still investigating today

That day, investigators collected a lot of evidence and took a lot of pictures of the home at 24035 13 Mile. In the 52 years since then, the home is gone and a development is in its place - but police still have what they collected.

"The evidence is still there with us, so time is usually on our side with a cold case usually every 4 to 5 years science and technology usually assist us further and that's what we are hoping for in this case," Young said.

Technicians with the Michigan State Police crime lab will be re-analyzing some of the items preserved during the course of the investigation. We're told detectives also plan to follow up with those who were previously interviewed with hopes that they are ready to share more information.

"It may have been someone back then that knows exactly how this occurred but didn't say anything at the time. Maybe they were afraid? I would imagine if two people got executed and I was the one that knew who did it, I'm probably going to be a little bit leery about talking about it because I don't want to be in that position," Shaw said.

There's also the possibility that whoever pulled the trigger has now died and they are no longer around to face criminal charges. If that's the case, investigators and family members need that information too. 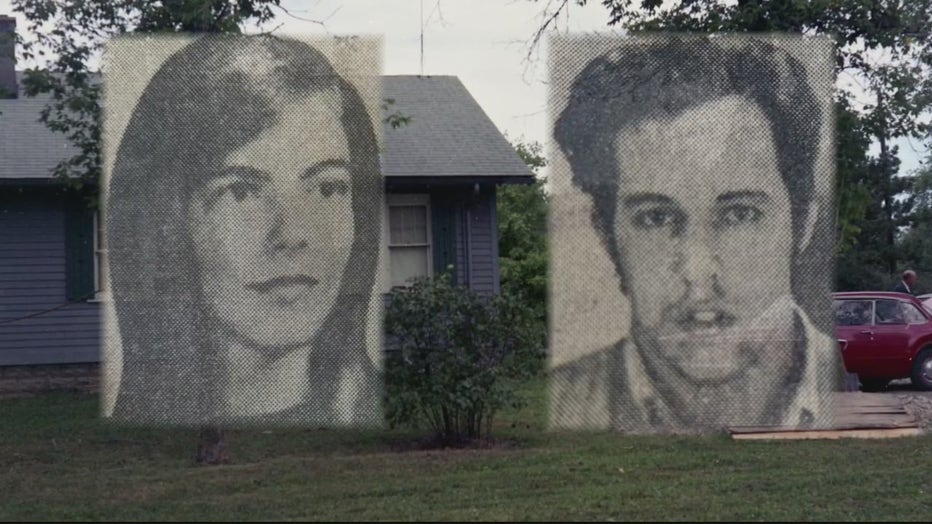 Linda Wright and Gary Kasco were executed in a Bingham Farms home more than 50 years ago. Their murders remain unsolved today.

For Poulson and her family, all they can do now is visit the site where Linda is buried. The thoughts and memories of what happened will never go away.

"She's buried in a cemetery off of Woodward in the Detroit area and I've gone there and visited It's hard to think what if and what could have happened," Poulson said.

Five decades after the double murder, after losing Linda in such a disturbing way, those left behind continue to wait, wonder, and most of all, hope.

"I know for me, it would mean a lot to get that closure. Like I said, there has always been this cloud of uncertainty it would help fill in some of those holes and I would like to believe it would bring some closure to my dad because I know he could probably use it," Poulson said.