DETROIT (FOX 2) - Denise Lomax is known by many on Detroit's west side as Lady Grateful. But lately, it's been tough for the Detroit native of 63 years.

The area near Plymouth and Wyoming is one of the places she has worked to keep clean and safe. But it has been taken over by overgrown trees, bushes and grass - and now littered with trash.

City of Detroit behind on clearing grass, trimming back trees due to rainy weather

One community leader says her neighborhood was been taken over by overgrown trees, bushes and grass - and now littered with trash.

"We want better that's all," she said. "Can you imagine how devasting it is to families and children in the community? People still live here."

Detroit police say it's a neighborhood considered low in crime, but Denise and Harvey Starling who also lives in around here say tell that to the motorists who don't feel safe to stop.

"They never stop at that light because somebody can jump out of the bushes at you," Harvey said.

Two boys a couple of weeks ago who Lomax says were attacked and pulled into the overgrown shrubs and branches that blocked the sidewalk, But luckily they were able to escape.

"They didn't see somebody was there and tried to snatch both of them but they snatched the 11-year-old," she said.

When FOX 2 heard about this overgrown mess we reached out to the city. The good news is, they came right out.

General services got right to it and cut the grass and the bushes that were blocking the sidewalk - the bad news is residents say more work needs to be done.

The overgrown area with big trees attracts crime and is still a safety hazard.

Deputy director of Detroit's General Services Jamal Harrison, tells us his crews, who mow 20,000 vacant lots a week, are behind because of all the rain.

On Thursday city workers cut back what they could, but plan to come back Friday with the proper equipment to finish the job.

"When there is something that is missed we do go back to get it," he said. "Clear up the brush so someone can't be hiding there, and we have clearer spaces back there.

"And one of the other issues there was some debris in fields, we are going to get that out of there, some down light poles and take care all of that and make sure the lights in the area are working." 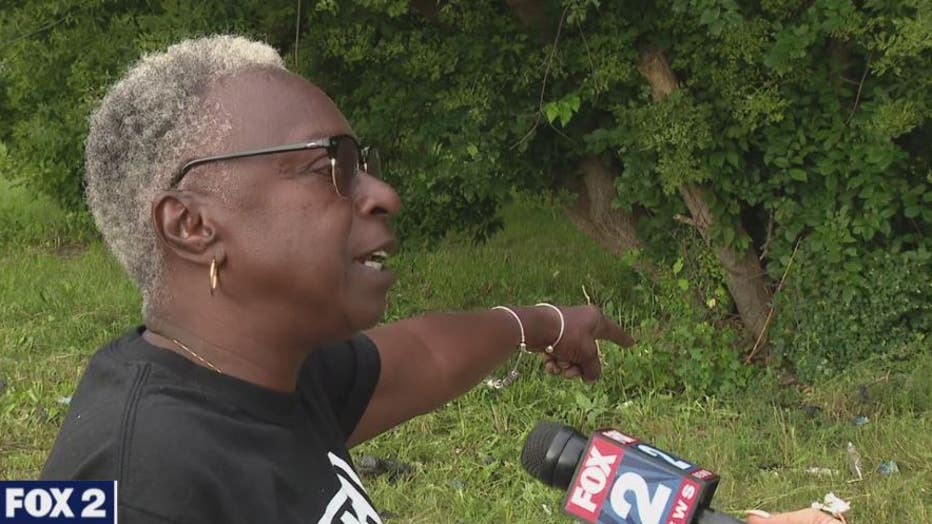 Still, Denise is organizing a community clean-up for the area of Wyoming and Plymouth - and is asking anyone with a willing heart, time, or equipment to show up August 7th - and tackle the rest.

"If you look (in those bushes) down in there, it's been there for years, you don't know what's in there," Lomax said. "We deserve better than that."