DETROIT (WJBK) - "I just couldn't believe how incredibly confident the guy was just to pull up in my driveway like he lived there," said a Detroit homeowner. "It was almost like it was his package."

And unfortunately it is now. That confident crook was caught on camera swiping a package a postal worker just dropped off.  Inside were clothes and a new pair of Jordan gym shoes.

"It's really frustrating because there have been a lot of crimes going on in the neighborhood lately," he said. "I've done everything I could. I've had the security cameras put up, I've had the privacy fence up, an alarm system installed and things are still happening."

The homeowner, who did not want to be identified, says it happened in northwest Detroit Saturday morning. He believes the thief trailed the postal worker.

The man is seen on camera pulling into the homeowner's driveway and swiping the package just 40 minutes after it was delivered.

"To be honest with you, I think her safety is in jeopardy too because what if he decides not to wait next time," the homeowner said.

Take a good look at him. The man was wearing a Henry Ford College sweatshirt and was driving a white four-door Dodge Avenger. 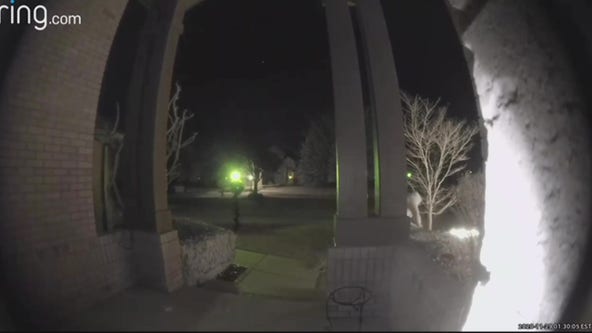