FOX 2 - Michigan Congresswoman Brenda Lawrence (D-Michigan) is among a group of lawmakers who met with President Joe Biden and Vice President Kamala Harris for two hours - a big meeting in which equity and health disparities took center stage.

If we don't get back to why do African-Americans have so many underlying conditions, (because) the next virus - and there will be another one - we'll be right back at square one," said Lawrence.

Michigan Congresswoman Brenda Lawrence (D-Michigan) is among a group of lawmakers who met with President Joe Biden and Vice President Kamala Harris for two hours - a big meeting in which equity and health disparities took center stage.

Disparate COVID-19 outcomes blamed on long-standing health inequities in underrepresented communities were just one topic Lawrence discussed with Biden and Harris as the second vice-chair of the Congressional Black Caucus.

Lawrence said that the CDC is organizing a National Vaccination Week around Mother's Day to dispel myths about the vaccine and get more shots into arms - especially in underserved communities.

"We're going to use Mother's Day and say if you love your mother, she wants you to live, and if you're a mother, we want you to live - go get vaccinated," she said.

FOX 2: "Did you have any conversation with the President and the Vice President about the potential for us to get additional vaccines here in Michigan?"

"Yes, I had a very direct conversation with the President, saying President Biden you have shown compassion and done everything in your power to get resources where it is needed - and Michigan needs it right now," Lawrence said.

FOX 2: "Do you think we'll have enough vaccine to support efforts like this?"

"Yes, I said if we do this, are you committed to sending us vaccines to make sure that everyone who comes in the door will be able to get it," Lawrence said. "And he said 'Absolutley.'" 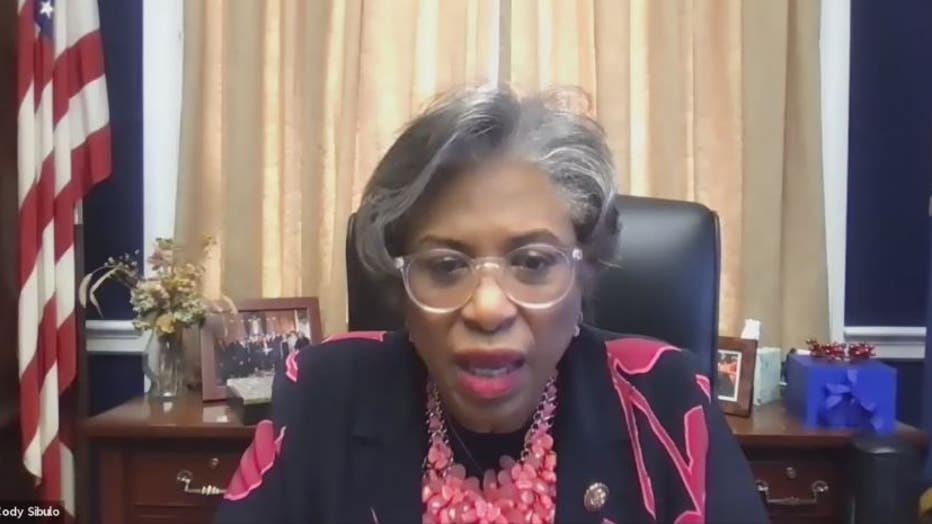 Lawrence said the Biden administration is committed to seeing minority contractors getting their fair share in the trillions in proposed spending on Infrastructure and jobs as many small businesses are currently struggling.

FOX 2: "Have we made a mistake - a misstep - in the extension of unemployment, will that hurt small business? Will that hurt Black businesses,  Black-owned and otherwise, in trying to get the economy revving again?"

Lawrence also said Biden  re-affirmed his previously stated commitment to nominating a Black woman to the Supreme Court… if a seat comes open while he's president.