It was supposed to be a happy time for Allegra Jacobs. She bought a building on Detroit’s east side, and wanted to open up a business.

DETROIT (FOX 2) - It was supposed to be a happy time for Allegra Jacobs. She bought a building on Detroit’s east side, and wanted to open up a business.

But the structure has had water issues ever since - and she has spent tens of thousands of dollars to get it fixed.

"The issue is right here. You can see it these right here are different cinder blocks than that," said Allegra Jacobs.

Bob Jacobs showed us where water leaks into the basement of his wife’s business on E. Warren.

He said it’s been like that for months and they want help from the Detroit Water and Sewerage Department.

"I need them to get DWSD back out here and see where the water is coming from," said Allegra.

Allegra Jacobs says the building’s had water issues with since she bought it in October 2021.

The Jacobs family thought they fixed it last summer, but the leak continues.

Allegra says the water issues and building upkeep has drained her life savings of nearly $90,000.

"It was extremely high for that water to get cut on out there. just to get water. literally, maxed out my pockets," she said.

All she wants is to open up a wig-making school in her home city, but this ordeal has made her dream a nightmare.

"I’m taking a hit with my business literally," Allegra said.

"We see this a lot," said Gary Brown, DWSD director. "People are buying very old buildings that have been empty for a long time. They’re investing the money they have to get the business up and running."

Brown says Allegra, and her husband, did everything right in obtaining the proper paperwork for the building. However, it appears their contractor may not have sealed the service line properly.

"My intent tomorrow is to contact the owner, set up a meeting with the plumber. We want the plumber in the meeting that did the installation," Brown said. "What we want to educate people on is that the water service line is your private property and DWSD cannot invest rate dollars into private property."

Brown wants this cautionary tale to be a reminder to anyone buying an older building or home in the city to do a thorough check of utilities before purchase. 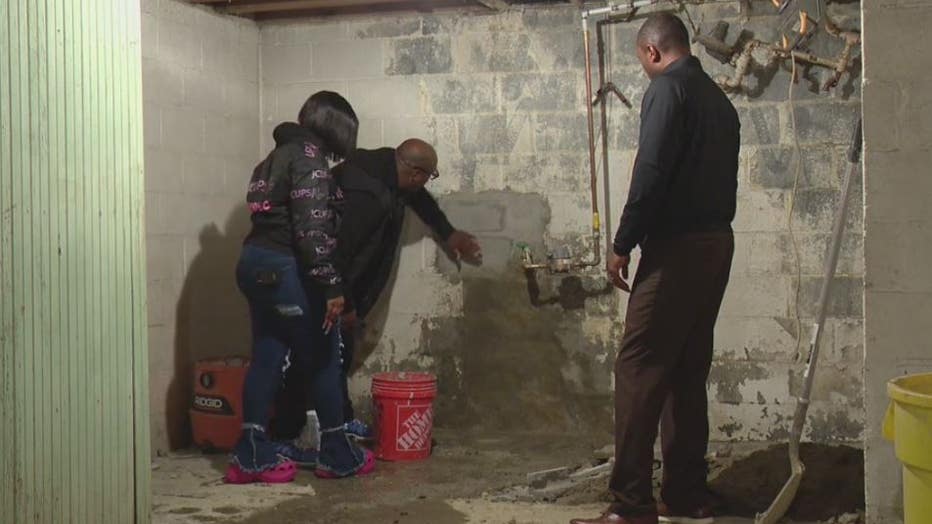