Police in Hamtramck are investigating a double murder involving a man and his girlfriend after the man's cousin found their bodies this week.

HAMTRAMCK, Mich. (FOX 2) - Police in Hamtramck are searching for the shooter of a man and his girlfriend who were found shot to death by a family member earlier this week.

Hamtramck Police are remaining tight-lipped on the double murder but the family of Khalileo Anderson talked with FOX 2's Hilary Golston about the heartbreaking moment they learned he was murdered.

His dad, Dahlthyn Williamson, said they can't comprehend why someone would inflict so much pain by shooting him and leaving him to die in the apartment he was staying in.

"My son had the biggest heart you could ever have," Dahlthyn Williamson, his dad, said. "I’m confused. I’m lost."

The woman he was with, De’Angelique Thomas, was also gunned down and found in the apartment. Anderson's family said the two were dating.

Hamtramck authorities say they were called to the apartment building on Caniff near Moran around 2:45 Thursday afternoon because of a medical emergency and that’s when they made the discovery.

"We didn’t hear from him, my niece went to go check on him the next day and she found him deceased," Anderson's aunt, Annette Witherspoon, said. "She was screaming the police were there for something else at the apartment building and then they came upstairs."

While the two victims were found Thursday, a family and a neighbor told FOX 2 that gunshots were heard in the area Wednesday night.

"Whoever is responsible knew who my nephew was and was comfortable around him," Annette said. "I don't know how they can sleep at night with what they did to my nephew and the other person that was there. They need to just themselves in."

Anderson's family is setting a GoFundMe to help pay for the funeral.

Police did not release information about a possible suspect or motive. Anyone with information is asked to call Hamtramck Police or Crimestoppers at 1-800-SPEAK-UP. 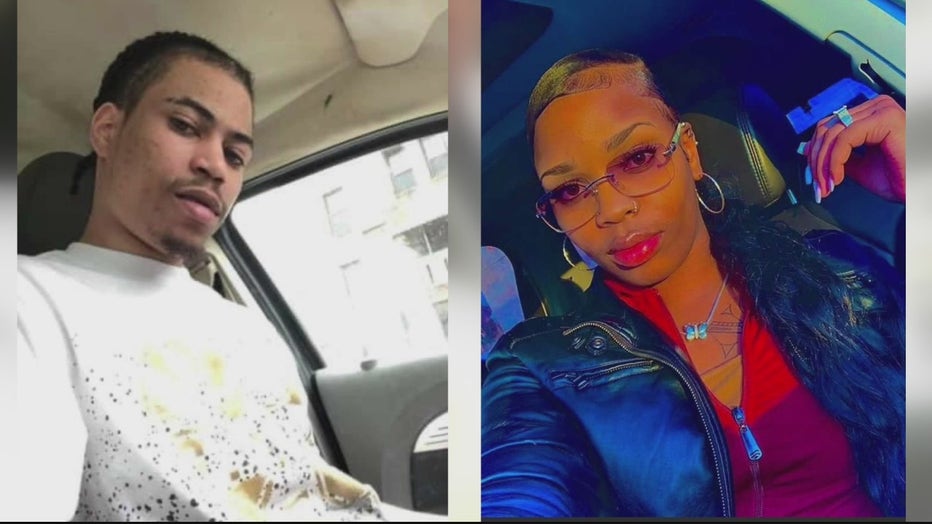 Khalileo Anderson and De’Angelique Thomas were both found shot to death Thursday inside a Hamtramck apartment.