Life expectancy in the U.S. inched up for a second consecutive year in 2019, but the small gains are likely to be erased by the coronavirus pandemic — and dropping by as much as three full years, experts say.

The nation’s overall mortality rate fell a bit in 2019, due to reductions in heart disease and cancer deaths. And life expectancy inched up — by several weeks — for the second straight year in 2019, according to data released Tuesday by the U.S. Centers for Disease Control and Prevention.

But life expectancy for 2020 could end up dropping as much as two to three years due to the ongoing COVID-19 pandemic, said Robert Anderson, who oversees the CDC’s death statistics.

"We’ve had a lot of deaths added since August, so I think a drop of two to three years for 2020 isn’t out of the question," Anderson said, according to the Washington Post. He said such a drop would mark the largest decline in U.S. life expectancy since World War II, when deaths pushed the metric down by 2.9 years in 1943, the paper reported. 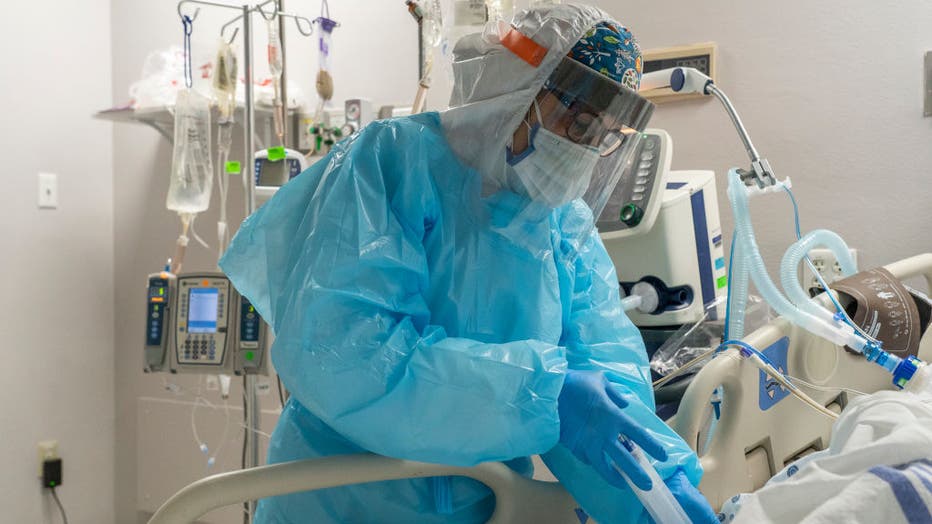 A medical staff member injects sodium bicarbonate into a patient in the COVID-19 intensive care unit (ICU) at the United Memorial Medical Center on Dec. 21, 2020 in Houston, Texas. (Photo by Go Nakamura/Getty Images)

Anderson said the figures are rough estimates, as data for all of 2020 is not yet available. But the virus in the U.S. has been a big driver of deaths this year, both directly and indirectly.

More than 325,000 Americans had died from COVID-19 since the first U.S. cases were reported in early 2020, Johns Hopkins data shows. It has become the third leading cause of death, behind only heart disease and cancer, CDC figures show. For certain periods this year, COVID-19 was the No. 1 killer.

RELATED: US tops 3 million deaths in 2020, by far most ever counted

But some other types of deaths also have increased. A burst of pneumonia cases early this year may have been COVID-19 deaths that simply weren't recognized as such early in the epidemic.

There also have been an unexpected number of deaths from certain types of heart and circulatory diseases, diabetes and dementia, Anderson said. Many of those may also be related to COVID-19. The virus could have weakened patients already struggling with those conditions, or could have diminished the care they were getting, he said.

Health experts are advising against travel this holiday season as COVID-19 cases surge throughout the U.S.

Before the coronavirus even arrived, the U.S. was in the midst of the deadliest drug overdose epidemic in its history. Last week, the CDC reported more than 81,000 drug overdose deaths in the 12 months ending in May, making it the highest number ever recorded in a one-year period.

Experts think the pandemic’s disruption to in-person treatment and recovery services may have been a factor. People also are more likely to be taking drugs alone — without the benefit of a friend or family member who can call 911 or administer overdose-reversing medication.

COVID-19 has also caused supply problems for dealers, so they are increasingly mixing cheap and deadly fentanyl into heroin, cocaine and methamphetamine, experts said.

"I don’t suspect there are a bunch of new people who suddenly started using drugs because of COVID. If anything, I think the supply of people who are already using drugs is more contaminated," said Shannon Monnat, a Syracuse University researcher who studies drug overdose trends.