The U.S. Drug Enforcement Agency has just wrapped up a five-month long stretch of confiscating millions of deadly fentanyl doses - including 4 million in Michigan and Ohio alone.

DETROIT (FOX 2) - In the span of just five months, the Drug Enforcement Agency says it has seized more than 4 million deadly doses of fentanyl in Michigan and Ohio.

The DEA says fentanyl is its number one priority and agents are working to get the deadly drug off the streets. In recent months, the DEA has seized millions of doses as they've pushed the campaign ‘One Pill Can Kill’ hard.

It just wrapped up phase three of the campaign - which spanned from May to September - and the number of pills seized is staggering.

Greene says nationwide, agents have seized 36 million deadly doses in the same time span - all in pill or powder form.

Almost all of them are coming from China and are produced by drug cartels in Mexico.

"I can guarantee there is no quality control this is not pharmaceutical grade. So, that's the big concern. Again 40% of the pills we analyze contain a fatal dose of fentanyl," Greene said.

The drug is the leading cause of death for people between 18 and 45, according to the Centers for Disease Control. 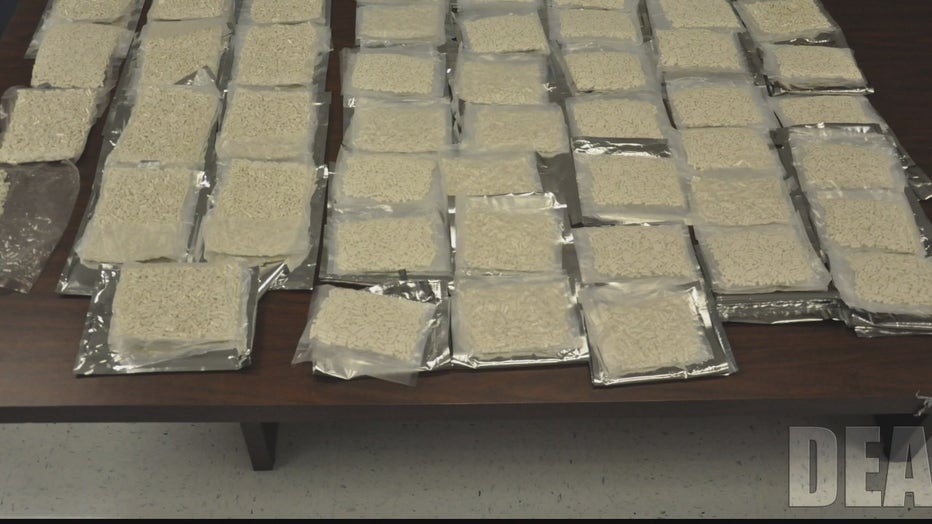 The DEA said the cartels are widening their target audience to kids by using brightly colored pills, that look like candy. It's been dubbed "Rainbow Fentanyl" and has been seized by DEA agents in 21 states, including recently here in Southeast Michigan.

The traffickers are using apps like Snapchat with emoji codes to attract those younger consumers.

"There were 129 investigations linked to social. (That means) in 129 cases, drug traffickers were using social media to distribute drugs," Greene said.

The DEA asks parents to start talking to kids early about the dangers of fentanyl. Parents are urged to plant the seed early that One Pill Can Kill.