Police tracked the suspect with surveillance cameras out of the bank, past a hotel, and into a parking lot. In the parking lot was a green port-a-potty, which police said he entered. Police then surrounded the portable toilet and he came out and was arrested without further incident.

DETROIT (FOX 2) - An Inkster man who was arrested while hiding in a port a-potty after stealing more than $1,600 from a Dearborn bank pleaded guilty Monday.

Charles Woolery, 52, admitted to robbing the Dearborn Federal Savings Bank on March 2, the lead U.S. attorney for Detroit announced this week. The suspect had provided a bank teller with a note telling her to "smile" while he demanded cash during the robbery.

"This case shows that violent criminals can run, but they can’t hide no matter where they may go," said U.S. Attorney Dawn Ison. "The federal authorities appreciate the assistance and partnership of
the Dearborn Police Department."

Woolery was wearing a black facemask when he robbed the bank last March. 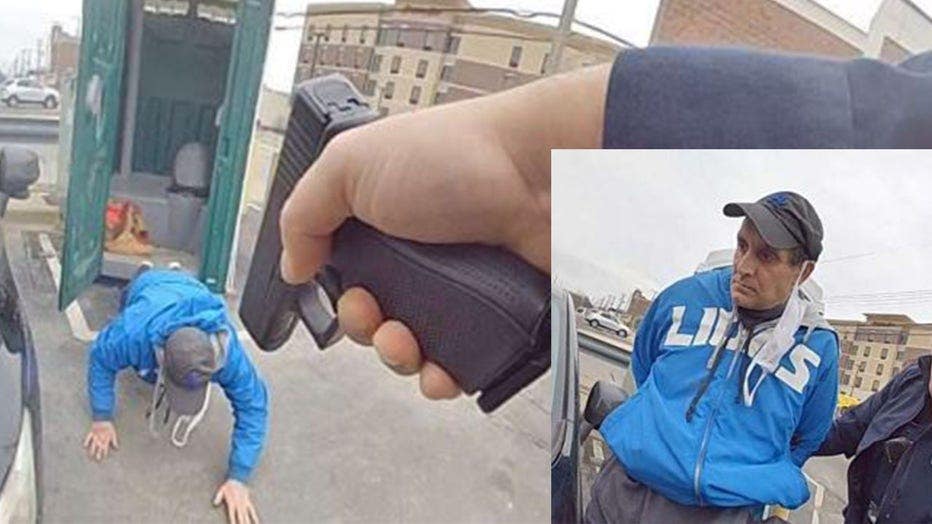 While at the bank, he threatened to "kill everyone" if money wasn't put in his bag. The teller, fearing for her safety, placed $1,690 in cash in the bag and handed it to the suspect, who then fled on foot.

Woolery was later arrested by Dearborn police while hiding in a port-a-potty in a parking lot at a hotel on Michigan Avenue, which is near the bank. Police found the cash in the front pocket of the suspect's hoodie. His facemask, a full tan Carhartt style suit, and tan gloves were also recovered.

Woolery faces a sentencing of 20 years in prison. He'll be sentenced in front of Judge Mark Goldsmith on Dec. 19.