DETROIT (FOX 2) - A Dearborn man is facing federal charges after authorities say a 14-year-old victim was sexually extorted after he recorded videos of the two of them having sex.

Ahmad Haidar-Ahmad, 23, was arrested after federal authorities raided his home as part of an investigation into child pornography and allegations of raping a then 13-year-old. Officials said he sent the video to the victim and to at least one other person.

According to a federal complaint, Haidar met a then-13-year-old on Snapchat at the end of 2020 and the two of them had sex multiple times with him recording their encounters.

The victim came forward on Oct. 7 to a school guidance counselor and law enforcement was contacted. According to the victim, the two met for the first time after talking on Snapchat in Haidar's BMW.

The victim said they met Haidar in his BMW down the street and the victim was locked inside and handcuffed. Authorities said Haidar then raped the victim in the car.

Afterward, the victim walked back home but was locked out so the victim called Haidar for help. The two then spent the next week together in Haidar's home and they had sex multiple times and Haidar recorded the encounters on his phone, officials said.

The victim said Haidar went by the name ‘Panda’ on Snapchat, which police confirmed via his phone records and an account linked to the number. In the Snapchat profile, Haidar is seen sitting on a bed with a red cover and multiple stuffed pandas behind him.

During an interview, the victim described seeing the same items from the picture when the victim was inside the house. The victim also confirmed a photo of Haidar's home was the place the two went to when they were together.

The victim told police video of their sexual encounter was sent from Haidar via Snapchat.

On Thursday, Oct. 21, a search warrant was executed at Haidar's house where the bed with the red cover and three stuffed pandas were all recovered as part of the evidence.

Authorities also found multiple videos of Haidar having sex with the victim. Haidar admitted that he knew the victim was under 18 but believed the victim's age was 17.

Admitted to having sex in his BMW and his home and admitted to filming video of the acts and saving them. He said he sent them to the victim and at least one other person.

Based on the facts from the investigation, authorities charged Haidar with possession, distributing, and producing child pornography. 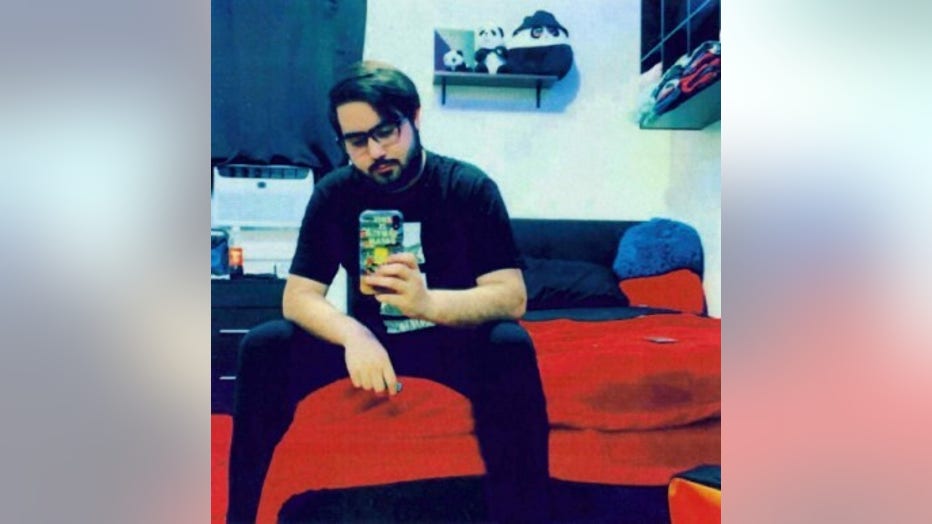 Federal officials said the pandas in the background of Ahmad Haidar-Ahmad's social media pages helped lead to his arrest on charges of chid pornography.