Detroit Police Captain Michael Chalmers gave an update on Thursday after a 3-year-old girl was shot while she and another child played with a loaded assault-style rifle.

DETROIT (FOX 2) - Detroit police said a 3-year-old girl is recovering after she was shot with an ‘assault-type rifle’ that was later found dumped at an abandoned elementary school early Thursday morning.

Detroit Police Capt. Michael Chambers said the 3-year-old girl and another child were playing with a loaded and unsecured gun, which he described as an assault-type rifle, when the girl was shot.

Chambers said the two children were cousins and were playing with the gun in a closet of the home in the 9500 block of Littlefield near Chicago and Schaffer when a shot was fired. The bullet went through her stomach and leg.

According to police, the shooting happened around 12:15 a.m. on Thursday and the adults inside the home drove the girl to Henry Ford Hospital. When police were called to the hospital, they learned the exact location and arrived at that home around 2:30 Thursday morning.

Police said the gun was not in the home when they arrived but they found it near an abandoned school nearby.

Chambers said the girl's mother was in the home, as well as several other adults, and they're not sure if the family lived in the home or was visiting from out of town.

"A number of adults inside the residence and some visitors as well," Chambers said.

Calling the shooting accidental, Chambers stress the importance of locking up guns to keep children safe.

"We can't let it continue," he said. "Lock the guns up, secure them. Let's not let this happen to our children,"

Police have since towed the SUV that the girl was transported in as they investigate.

The incident follows a deadly weekend in Detroit that left seven people dead from gun violence. 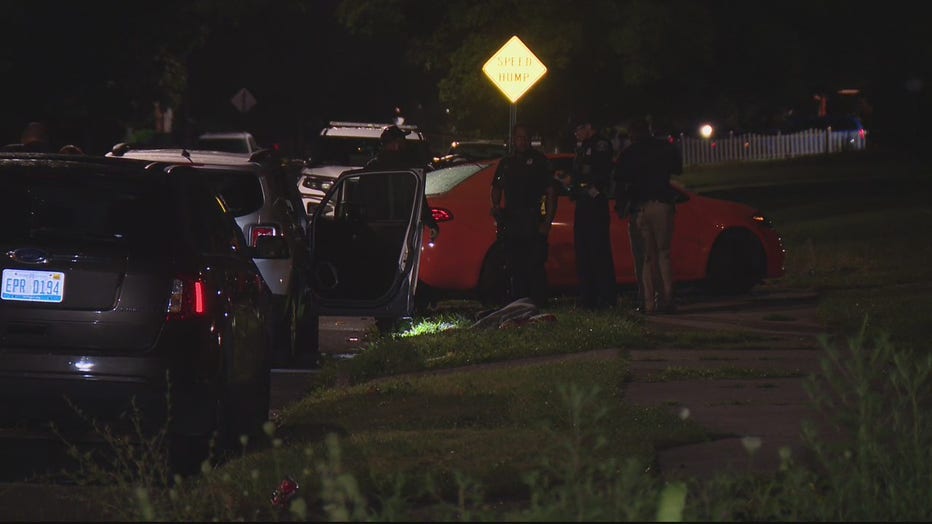