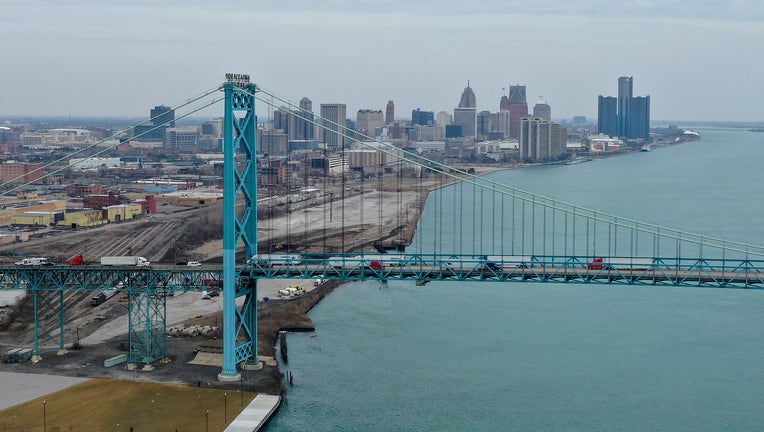 DETROIT (FOX 2) - The number of coronavirus cases in Michigan has grown exponentially this week, catapulting the state into the top-five bracket. As of Thursday morning, Michigan’s confirmed positive cases trail only behind Washington, California, New Jersey and New York.

Although the virus has spread to more than half the counties in Michigan – including the Upper Peninsula - the surging number of cases can be heavily attributed to southeast Michigan, where 85% of the cases are being reported.

The highest number of cases in the tri-county area is in Wayne County, with nearly half. But zooming in even further than that brings us to the City of Detroit, where 30% of all the cases are. That's a perentage far greater than any other individual county's, keeping in mind that Wayne County and Detroit report their numbers separately because they operate independent health departments.

A quarter of all the deaths reported so far in the state have also been in Detroit.

Much like New York and California, a high number of cases in big cities is expected.

As Gov. Whitmer put it Thursday morning, “Like big cities everywhere, people live close together. People end up spending more time in close quarters together; that’s how the disease spreads.”

But something else adds into the equation of Michigan’s epicenter – poverty.

"Part of what we’re seeing in Detroit is that there's such a high number of individuals who have those underlying conditions - who have diabetes and the heart disease, who may have obesity,” explained Dr. Joneigh S. Khaldun, Michigan’s Chief Medical Executive and Chief Deputy Director for Health – who also happens to be the former Detroit Health Director.

“So what you're seeing now,” she continued, “is when you have, really, generations of concentrated poverty and what we call those ‘social determinants of health’ that impact a city like Detroit, when you have pandemics like this it's going to hit those places harder.”

Social determinants of health, as defined by the CDC, are the conditions of the places people live, learn, work and play – and they affect a wide range of health risks and other outcomes.

“Not just from a health perspective, but when you talk about even the economic and other things - people not having access to transportation, able to get food, the schools - it’s all really hitting Detroit much harder for the reasons I said,” Dr. Khaldun said.

The city has set up food assistance programs, and Detroiters can sign up to keep their water turned on for free, but with bus services operating at a limited capacity, many are finding it challenging to take advantage of these programs. 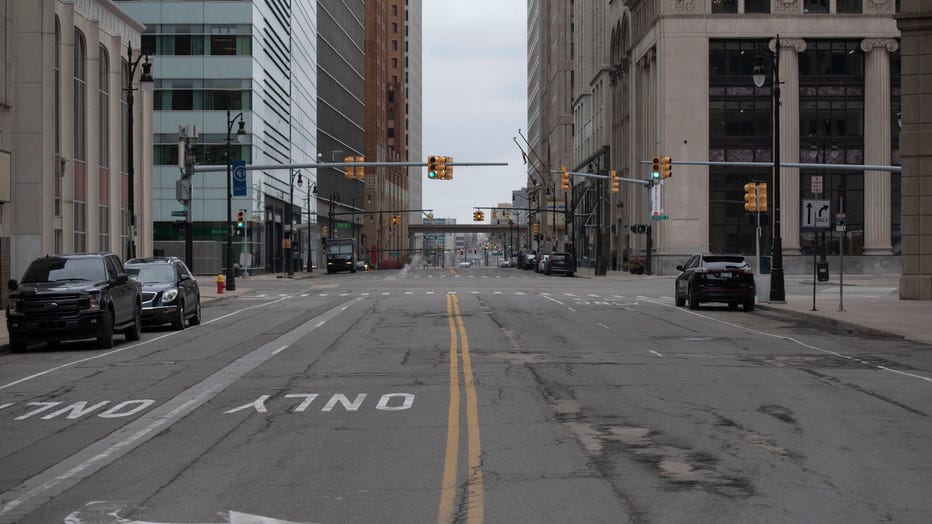 Streets in Detroit, Michigan are seen nearly empty on March, 24, 2020. - At 12:01 am Tuesday March 24,2020 Governor Gretchen Whitmer ordered a 'Stay at Home and Stay Safe Order' to slow the spread of Coronavirus (COVID-19) across the State of Michiga

Mayor Mike Duggan attributes the city's high number of cases too, though, to the fact that testing is becoming more available in the city. For example, Henry Ford Hospital dramatically expanded its lab testing capacity about 10 days ago, which means Detroiters are getting tested at a higher rate than other people in the state.

“There are more cases because more testing is available," she said frankly.

But the two big hospital systems in the Detroit area, Beaumont and Henry Ford, have also both said they’re already at or very near capacity. And Gov. Whitmer and Dr. Khaldoun made it clear Thursday in a press conference that we’re still in the upswing of cases and that the numbers are going to continue to climb.

“We anticipate we’re going to lose a lot more of our citizens,” Duggan said.

In a department with about 2,200 officers, Duggan said Thursday that 398 of them have been quarantined since the outbreak – meaning the department is already down more than 15% of its officers. And of that, 25 of them have tested positive.

Duggan says the officers that are working are pulling double shifts, but that they're seeing some relief because the number of 911 calls has dropped 15-20% over the past three days since Gov. Whitmer issued her stay-home order.

Duggan said 60-70 other civilian police employees have also been quarantined – but the realization of the virus hit home this week for the department when they had to announce the deaths of two of its members.

A Detroit police dispatcher who caught the virus when he traveled outside Michigan died Monday. Duggan said the 38-year-old man wasn’t feeling well when he returned to work on March 16 after a trip.

And then just one day later, a decorated and well-loved captain died, Capt. Jonathan Parnell, who had been with the department for 31 years.

Duggan said the department would speak with each officer every day before they come into work to make sure they're not showing any signs of the virus as the mayor tries to contain it within the department and the city.

Duggan has been working to get even better access to testing in the city, and on Friday a drive-up site is opening at the old state fairgrounds that will run about 400 tests a day. It’s not run on a first-come-first-serve basis though; a Quicken Loans call center will handle appointments that require a doctor’s prescription to make.

"Michigan’s trend is such that we are probably going to be one of the top three states in the country [for the number of confirmed cases]. We have got to step up our efforts to create space from each other," Duggan said.