DETROIT - From the vacant home to the crumbling road, there's no sight of blight too big or small to be busted. And on Wednesday, the Detroit Blight Busters have taken aim at a slab of broken sidewalk.

"We need a solution before somebody gets killed," said John George, co-founder of Detroit Blight Busters.

Located on a popular business strip and squeezed between a bit of foliage and a building, this broken pavement probably goes unnoticed most times of the day. Until someone walking down the street makes no change in their footwork. Why would they? Every other spot of surface area sidewalk is parallel to the ground and isn't out to get you.

Then it happens; your foot makes contact with this jagged slab, trips you up and stubs your toe. Some colorful language might soon follow. It may very well have followed for those already fallen victim to this inanimate crime.

The Detroit Blight Busters have focused their attention on an unassuming slab of cement that its founder says represents a serious hazard for citizens. Now complaining about the broken curb for over a year, he's trying to get the city and the county to focus their attention on it. Little headway has been made so far.

"We're concerned. We've had three ladies trip and fall on the sidewalks and injured themselves severely," said George.

George has been complaining about this broken pavement and directed his criticisms at the city of Detroit and Wayne County for a year now. So far, it's been more finger-pointing instead of fixing.

"The city says it's a county road - which it is - and the county's responsible for sidewalks. But when I talk to the county they say that it's the city's responsibility," said George.

Uninterested in waiting for action to happen, the Blight Busters have taken the liberty of painting the offending edge a shade of orange and dotting the area with traffic cones.

"We've painted the lip orange in an attempt to save people from breaking their neck," said George.

While this bit of failed infrastructure is merely a nuisance for people passing by, upon the eve of Halloween it represents an increased hazard for the many kids trick or treating. Fox 2 has reached out to the city and county for an update on the problem. As it turns out, it's in fact a Detroit sidewalk. However, the plot has thickened by the city's response, who says the responsibility of fixing the sidewalk is actually the duty of the property owner.

For George, if no institution fixes this problem, then some good Samaritans just might.

"Let the chips fall where they may. The city and county's got to the end of the month to come up with a solution. And if not, we're going to do what we have to do to protect our children, our seniors, and our property values," he said.

The city says it's in communication with the county and will be with the relevant business soon. If the property owner can't front the bill to fix the sidewalk, the city will and charge the owner on their next tax bill. 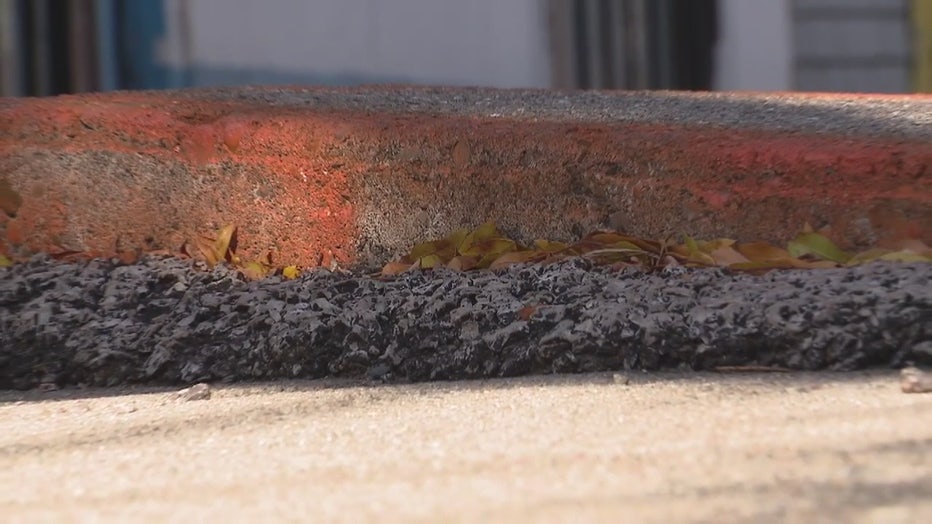