DETROIT (FOX 2) - During a pre-Election Day press conference Thursday, Detroit's city clerk made some clarifications after news broke that 500 Detroiters absentee ballots were unaccounted for. Presumably, they were lost in the mail.

"It was reported earlier in the week that mail was lost and I never said that," said Detroit City Clerk Janice Winfrey. "Ballots were spoiled and ballots are spoiled for a number of reasons."

The Detroit City Clerk's Office is speaking out on reports of lost ballots she said were spoiled instead.

Spoiled means null and void. They wouldn't be able to be processed through the voting machines set up at the TCF Center.

Winfrey says they're working with the US Postal Service to see what happened to those 500 ballots.

"The local postmaster went and looked at the data and he went to those zip codes that more than a few, repeating," she said. "They went inside those stations and they did a sweep and they did not find ballots sitting in piles."

It's still a question mark. Meanwhile, there are still Detroiters out there, absentee voters without ballots just days before the election.

Winfrey says on their end, they are processing requests for ballots daily.

"Whenever a request comes in we are sending that ballot out overnight," she said.

And in some very extreme case, Winfrey says staff will even hand-deliver outstanding ballots.

The US Postal Service did not have anything to add on Thursday to their initial statement from a day ago. It said in part:

"We are working with the city election clerk to quickly deliver replacement ballots, and ensure the timely delivery of all other ballots in the area for the remainder of the election season." 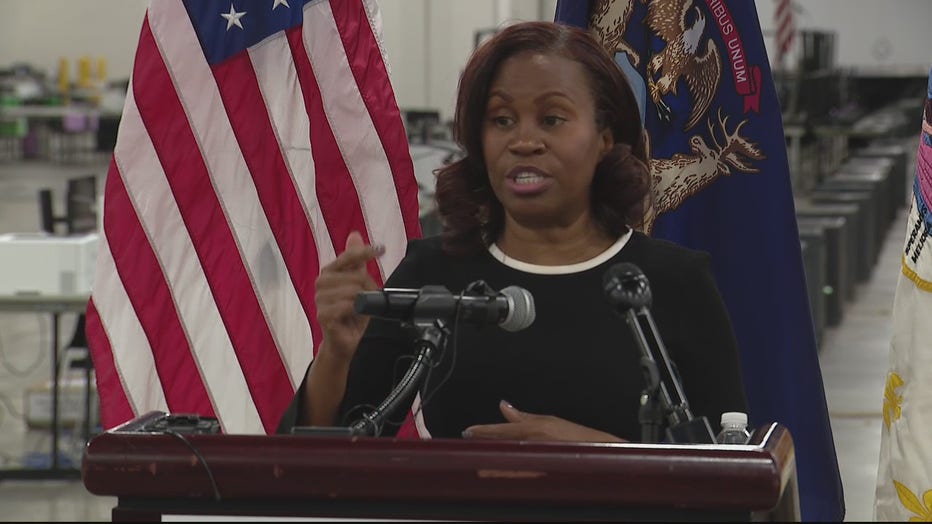 "What we don't want to do, is to make people afraid to vote because they are not confident in the process," Winfrey said.

If you're worried there is something you can do and that is, track your vote at michigan.gov/vote or at https://mvic.sos.state.mi.us/Voter/Index