DETROIT (FOX 2) - From far away it looks like nothing changed.  But for restaurants dining has become dire when it comes to dollars coming in during COVID-19.

"Forty-three percent of restaurants that closed temporarily will not reopen," said Dennis Archer, Jr. "That number is much higher for restaurants owned by African-Americans and people of color."

With the Feb. 1 reopening of restaurants at 25 percent capacity, there's some hope for Detroit restaurants.

With the Feb. 1 reopening of restaurants at 25 percent capacity, there's some hope for Detroit restaurants.

Things have turned in the city. It used to be all eyes on downtown and this was true for where people were spending their cash.

Now, most downtown restaurants have closed for lunch altogether because so many offices are shuttered.

But for the neighborhood spots in Detroit it could be a different story.

"The neighborhood retailers in hospitality, emerged a lot faster than downtown because they have built-in audiences (and) more residents."

Dennis Archer, Jr. owns Central Kitchen and Bar Downtown at Campus Martius Park. They went from 40 employees before the pandemic down to 18 Now they are at eight..

Now that the 25 percent capacity is allowed, an important conversation can begin to happen for those who have been laid off, desperate to come back.

"Our managers have done a great job keeping in touch with both our front of the house and back of the house staff and people are anxious to get back to work," Archer said. "People want to be back to work, The only unfortunate thing is that at 25 percent, if you add that to our outdoor patio seating, we can't bring back our whole complement yet." 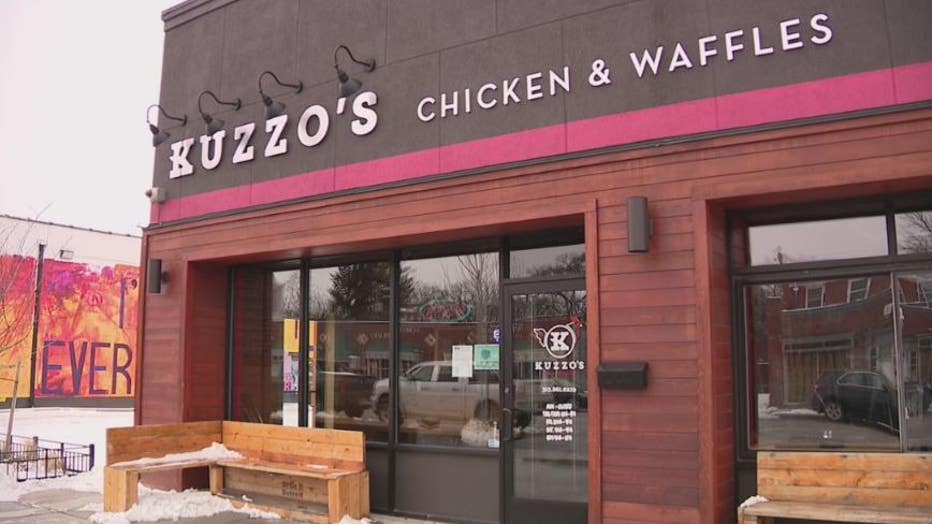 In the meantime, many of the smaller cafes, restaurants and coffee shops in Detroit's neighborhoods are hoping to do that sooner given the smaller spaces and build in customer base in their backyards.

Today, some restaurants on the Avenue of Fashion made it clear they need a little more time before they can staff up and gear up.

Archer says even with their outdoor patio seating, people are braving the cold. The temperatures dipping with the tipping heating up.

"The generosity of the Detroit community as a whole has been fascinating," he said. "It speaks to our grit and our dedication to our community."