DETROIT (FOX 2) - Katherine Patterson is hard up for cash after working as an election poll worker for Detroit's Department of Elections in this year's general election.

"I've worked with local government, the City of Detroit Health Department, I've worked with the state health department and I was a federal worker at one time too and even volunteer positions," she said. "I've never worked and not gotten paid."

Detroit election worker says she is still waiting to be paid more than $1,000

Katherine Patterson is hard up for cash after working as an election poll worker for Detroit's Department of Elections in this year's general election.

FOX 2: "How much money are you missing?"

"One thousand three hundred and fifty dollars," she said.

That is four weeks of work which Patterson says she has not been compensated for, and that she claims to have gotten the run-around about.

"Twice I was told I wasn't in the system," Patterson said. "The Wednesday before Thanksgiving I was told by a manager to meet him here and he would have a paycheck for me and I didn't get a call."

Patterson says that $1,350 is her lifeline, especially headed into Christmas. The pandemic cut her time as a Peace Corps volunteer short.

She had been unemployed after returning home to Detroit from Tanzania this summer. It is a country in East Africa where she and other Peace Corps volunteers had been working.

"This kind of thing happens in developing countries, but it should not happen here in the US, in Detroit," she said. "If you do a job, you put in hours, you expect to get paid."

City Clerk Janice Winfrey runs the Department of Elections and says roughly 10,000 checks were issued to election workers- and the last batch was delivered to the US Postal Service Nov. 25th. 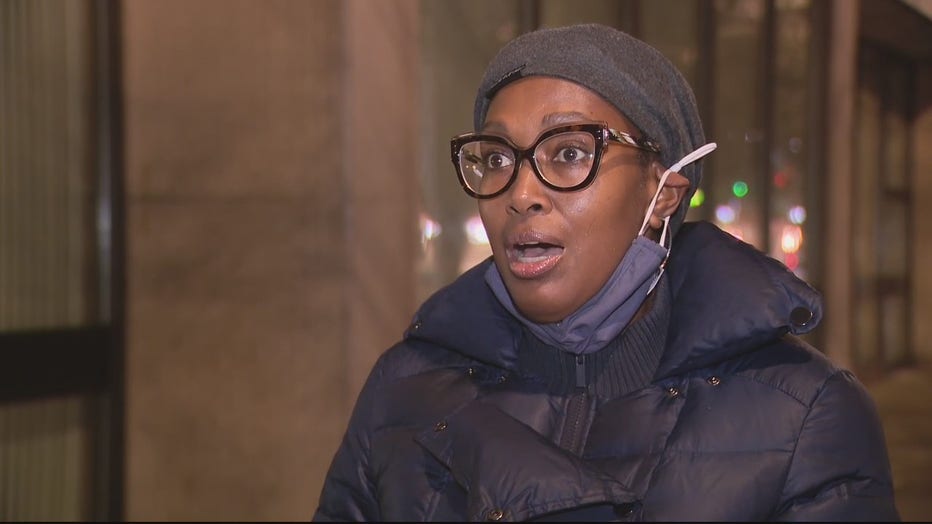 Even so, Patterson remains skeptical citing the long lines of poll workers that camped outside the Department of Elections a couple of weeks ago, waiting to get their checks.

"If checks are being mailed and that was the expectation, why were there hundreds of people waiting in their cars and on foot expecting to get paid?" she said.

Detroit City Clerk Janice Winfrey released a statement saying:  "We want to make sure everyone gets paid, so we encourage those who have not received their checks to call the Department of Elections at (313) 876-0190.

"We want to express our appreciation to the hundreds of individuals who signed up as election workers.  It is because of those individuals that we were able to have a smooth and secure election."