FOX 2 - A Detroit Fire Department vehicle was dangling over the Lodge freeway with the acting battalion chief behind the wheel accused of driving drunk on the job.

A Detroit Fire Department vehicle was dangling over the Lodge freeway with the acting battalion&nbsp;chief behind the wheel accused of driving drunk on the job.

The Detroit Fire batallion chief - who was a captain at the time - was charged with violating the substance abuse policy. FOX 2 is not revealing his name at this time. According to the paperwork -  the individual tested positive for codeine when he didn't have a prescription.

That same batallion chief, who was on his way to a fire call around 1 a.m. this morning, and crashed his Detroit Fire SUV, which we have video of him hanging over the lodge freeway.

He was screened for drugs and alcohol and tests revealed he was intoxicated. This comes one week after another Detroit firefighter, who is accused of drinking on the job, crashed a fire rig into an unoccupied parked car while responding to a medical call. We are told he left a party at Engine 50 where there was a lot of drinking going on.

Detroit Fire Commissioner Eric Jones, once again, is not happy.

"I am outraged at the behavior of this chief who is supposed to be in charge of making sure our men and women are fit for duty," Jones said. "We've had two bad incidents back to back, it could appear that it is more widespread. And tomorrow, we are going to lay out a plan to address that." 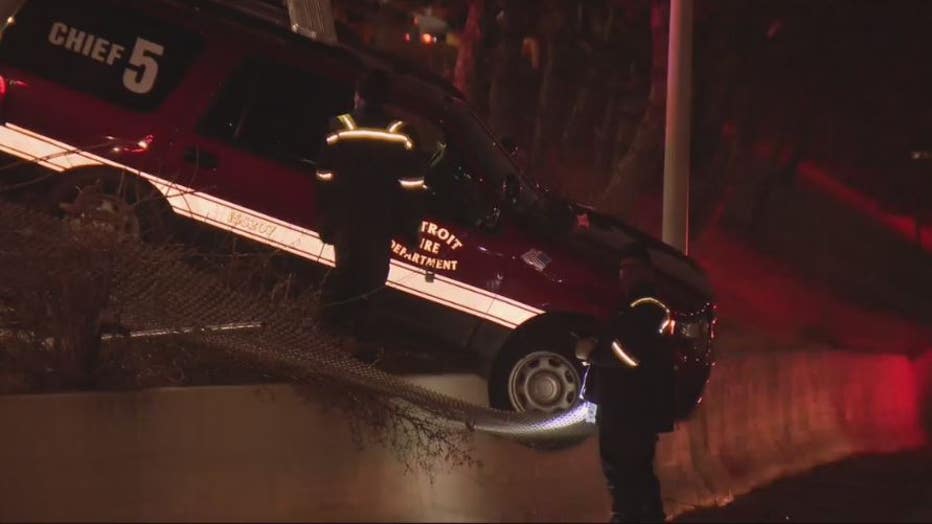 FOX 2 will be there for the press conference Tuesday when the city and Detroit Fire plan to explain how they are tackling what appears to be a pattern to some.