Squeezing them would be UAW workers from the Detroit-Hamtramck assembly plant, who spent Thursday at Local 22 voting up or down the tentative agreement.

"They have GM in a position where they can squeeze them," said Michael Mulholland, encouraging a no vote.

Squeezing them would be UAW workers from the Detroit-Hamtramck assembly plant, who spent Thursday at Local 22 voting up or down the tentative agreement.

"What would make me happy is: keep the plants open, Stop having two or three-tier away systems and have an actual wage base rate increase each year," said Mulholland.

"I think we have a pretty good future over here but the problem is the highlights always look good," said Scott Ferguson, who has been with GM for 46 years.

Scott says it's the nitty-gritty when you get down to the details that could be troubling for some.

"It looks like a pretty sweet deal for some of the older people. I'll probably retire. But for the younger people it doesn't look like it's good," he said. 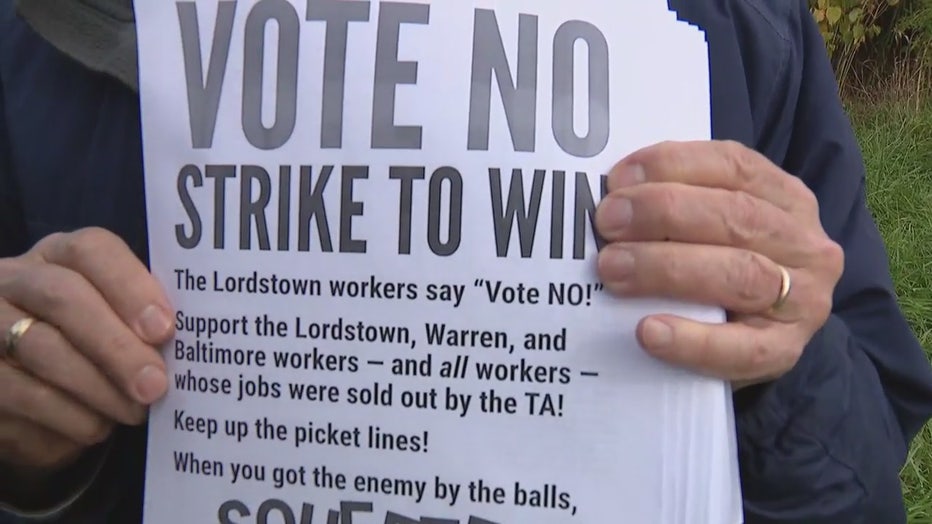 But there are many more salary and hourly workers than temps. Early returns that some locals have put online show overwhelming approval:

But, many say job security is still the number one issue.

"Jobs going to be vulnerable to the next person that stands up in a meeting and says you gave us some BS here," Mullholland said.

Officials will determine whether the contract is ratified or not by 4 p.m. Friday.