DETROIT - Inside the Narrow Way Cafe on the Avenue of Fashion in Detroit, business as usual means the usual regulars spending their cash and enjoying coffee, cakes, and community. The man who started it, Jonathan Merritt, joined his brother. They were able to because of grant money he got from the city of Detroit.

"Unbeknownst to us, we didn't know this wonderful street, the Avenue of Fashion did not have a coffee shop so we wanted to take part in that and say why don't we land here!" said Merritt.

They landed there thanks to a $45,000 grant.  The Office of Development and Grants just hit a milestone, giving a total of $1 billion dollars to businesses like Narrow Way since the city emerged from bankruptcy.

The Office of Development and Grants at the city of Detroit hit a major milestone recently, having donated more than $1 billion to local businesses throughout the city.

"It's a sign that our federal partners, state partners, and local philanthropy are all with us and getting stronger every year," said Ryan Friedrichs, director of Development and Grants. "Eighty-five new businesses like the one we're in today opened with our program. So you show them impact, you show them dollar for dollar impact and I think that's what's been the key so far."

The money has come federal and state grants, philanthropic grants and corporate donations. In 2019, $300 million has been given out so far. The idea is it's not just about downtown, but making sure businesses like this one on Livernois see the cash and the opportunity to brew up success in the neighborhoods.

"That's one of the great things about the program, it allows you to get a grant and then you're able to either get a loan or a private investment for the gap in the funding," said Friedrichs.

Some of those dollars have gone toward 400,000 free lunches for Detroit students, 40,000 summer job opportunities through Grow Detroit's Young Talent, and even sparking new careers at the Randolph Career and Technical Center on Hubbell.

Chris O'Gornia, who's building a career, is looking forward to a future without student loan debt and a healthy paycheck.

"I have my second-year certificate so I can go on and be an ironworker and I get scholarships with the competitions I win at Skills USA," said O'Gornia.

The one billion dollar milestone isn't a feather in the city's cap but instead a proud moment for business owners, and community members looking to stay in Detroit and thrive. There's more where that came from. 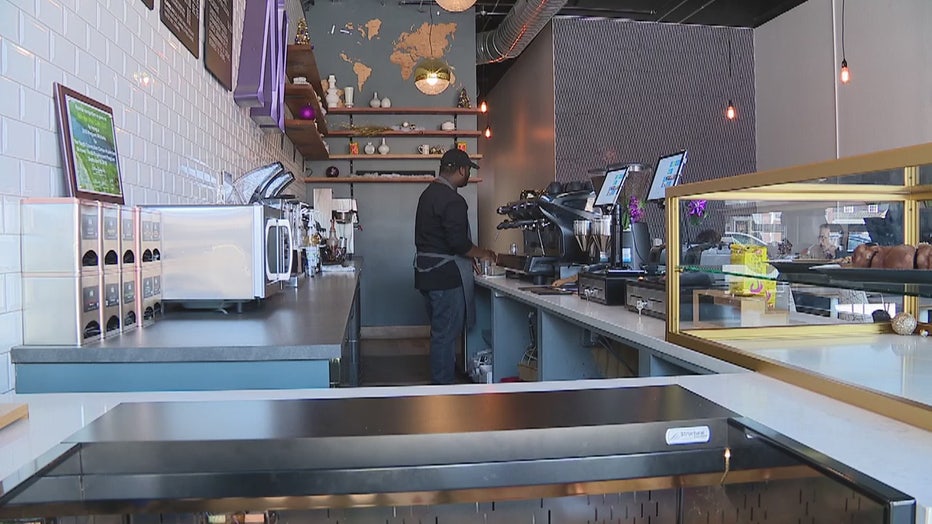 "Work on early childhood next year, it's going to be some big news. I think big projects are coming in - the University of Michigan is coming in, doing a project in downtown," Friedrichs said. "It's going to have some connection to the neighborhoods is big news."

You can learn more about some of those grants here: http://www.motorcitymatch.com/