DETROIT (FOX 2) - Detroit Police Chief James Craig said a 17-year-old who was shot and killed Monday afternoon in a home invasion owed a $20 debt for liquor.

Craig updated several cases in a press conference on Tuesday, including the case of two people killed in a home invasion, shooting, and stabbing.

Three people broke into a home on Santa Rosa, pulled a gun, and shot a 17-year-old inside. During the shooting, one of the people inside stabbed of the other three in the neck. 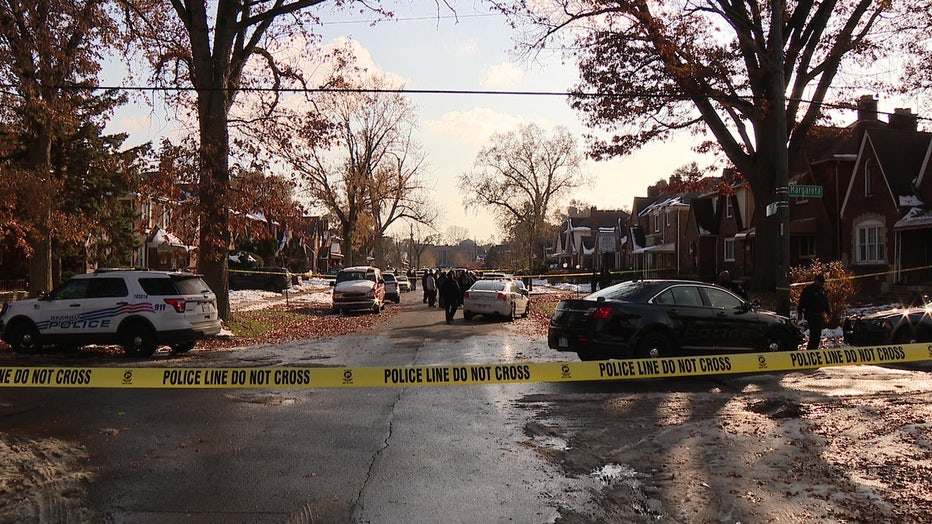 The man who was stabbed was pronounced dead.

According to Maye, the 17-year-old who was shot inside the home was also taken to the hospital and later pronounced dead.

According to Craig, the preliminary investigation indicates the three people who broke in, did so because the teenager owed $20 on an unpaid liquor debt.

He didn't offer any further information.

One other person was shot but is expected to survive.

Police arrested one suspect at the scenes and say another suspect is still on the run.