DETROIT (FOX 2) - The city unveiled plans for a new office intended to bolster creativity and art in Detroit.

Announced as the Office of Arts, Culture, and Entrepreneurship, or ACE for short, it's meant to cultivate and build on Detroit's cultural emblems and spread them across the city.

The Detroit director of Arts and Culture announced plans to bolster a new wave of creativity in Detroit with the unveiling of a new office.

Riley wasn't exaggerating either. With the creation of ACE, officials want to blanket the city's neighborhoods with art.

Speaking from the Chroma building, located on East Grand Boulevard in the Milwaukee Junction neighborhood, the former cold storage facility will serve as the basecamp for creative space that will assist artists and future chefs.

It's a fitting place to kick off the city's mission.

"We feel that this property, its location, its profile, has potential to be a catalyst for redevelopment of the Milwaukee Junction Neighborhood," said Peter Cummings, CEO of The Platform.

ACE will seek tax-deductible donations from businesses, residents and any other agency or institution that celebrates the arts.

"We plan to use art and culture as catalysts for neighborhood growth by supporting existing and new art houses across the city," Riley said. "We're going to raise funds to provide entrepreneurial training and financial literacy lessons for artists, so they can make a living on their craft." 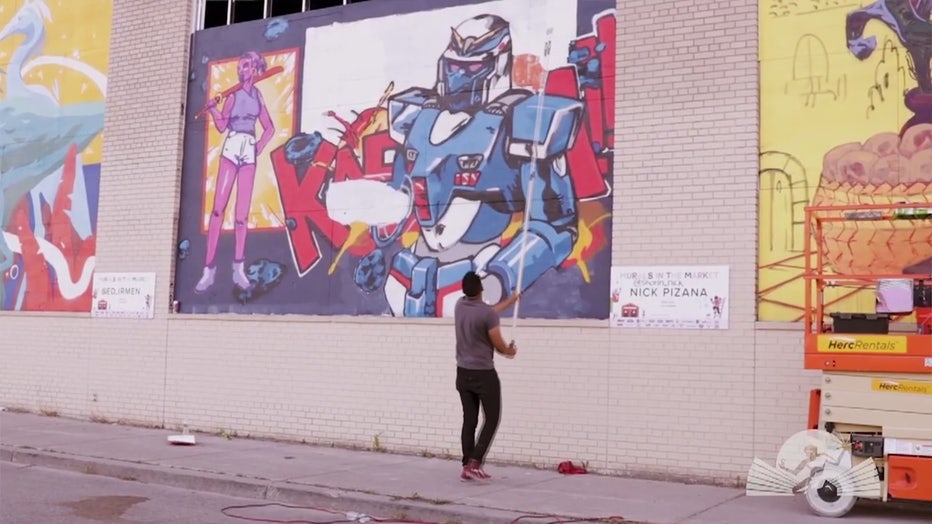 It's a culture that's always been in the city, and now one that will be backed by enough resources to spread everywhere. Another speaker in attendance was local Poet Jessica Care Moore.

"We need more wordplay and cane sugar, spray paint and pulled canvas to make the skyline grow," Moore said. "As a writer and artist in the city, it brings me great joy to see the merging of politics and creative minds in one room, so give yourself a round of applause for that because it's a step in the right direction."

Plans first announced include those that will turn Detroit into a theater town at the end of July, with thousands of playwrights, producers, and actors in town.