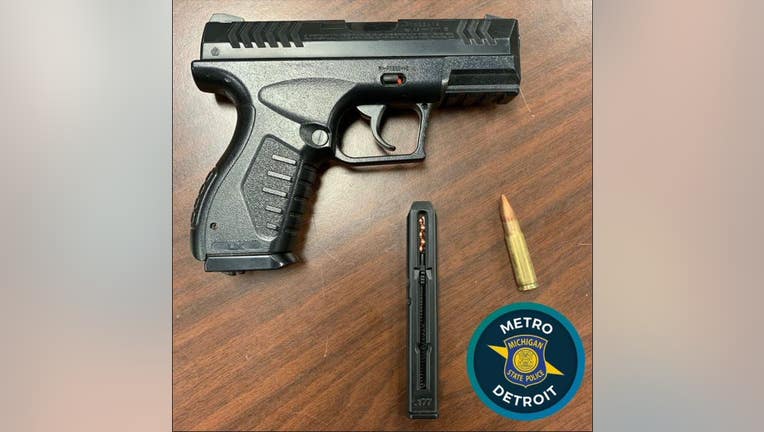 DETROIT (FOX 2) - A road rage incident on a Metro Detroit freeway led to the arrest of a Detroit man who later admitted to pointing a pellet gun at a driver.

Michigan State Police recovered both the pellet pistol and a round of ammunition inside the suspect's vehicle after securing a search warrant.

The felonious assault happened on I-94 near I-75 around 3:15 p.m. Thursday when police got a complaint that included the full license plate of the suspect's car. State police said in a post on Twitter said officers conducted an investigation into the suspect's vehicle and tracked it to addresses in Wyandotte and Detroit.

When troopers contacted the owner, they determined the suspect driver was his son.

They continued investigating and determined the suspect had been renovating a home off of Michigan and Livernois, which is where police located the individual. During an interview with police, the man admitted to the road rage and said he had pointed an air gun at the victim.

He was arrested while police secured a search warrant for investigating his home and car, later finding a .177 pellet pistol and one round of .223 ammunition. Police also determined the suspect was a convicted felon.

A report will be sent to the prosecutor's office.