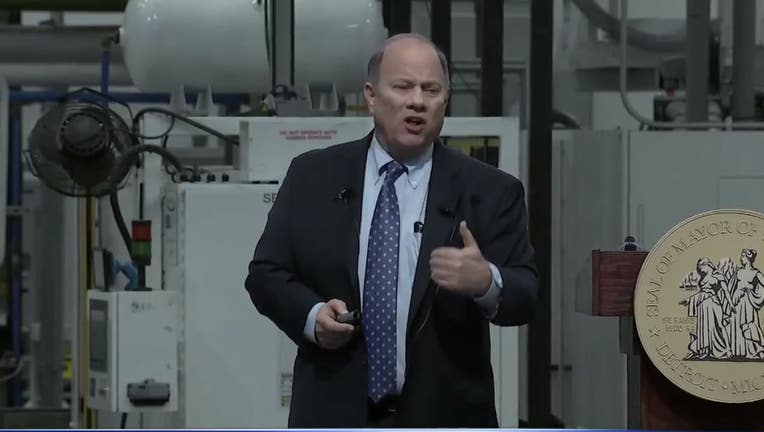 DETROIT (FOX 2) - Detroit Mayor Mike Duggan will deliver his 7th State of the City Address. he will likely focus on creating more jobs for Detroiters.

Duggan will be speaking from Flex-n-gate factory that opened in October of 2018 which makes auto parts. Duggan picked the $160 million facility on the city's east side as a symbol of auto manufacturing jobs coming back to Detroit. It has created 600 jobs - half of which went to Detroiters.

The mayor also may have previewed the state of the city on social media, saying Detroiters deserve to share in the wealth being created with the sale of legal marijuana.

We also expect to hear about affordable housing in the city as well as an update on the blight removal program.

Duggan is expected to delve into his vision for the Office of Arts, Culture and Entrepreneurship. the mayor said it is not enough to turn on street lights and speed up emergency response times, for a city to be attractive to creative people, you need arts and culture in public spaces.