DETROIT (FOX 2) - "There is a clear double-standard In the ethics, morality and legality of how Black politicians and white politicians are handled in state of Michigan," said Anthony Adams.

The investigation was started after a Detroit Free Press report that linked the mayor to the director of Make Your Date, Dr. Sonia Hassan. The relationship between Duggan and Make Your Date is not clear.

She led the program as Duggan asked the staff to raise money for Make Your Date.

"When we had a Black City Council member accused of malfeasance in office, she was removed, but the white council member he’s been allowed to serve out his term," said Adams. "When the former mayor was accused of indiscretions of a personal level he and his wife were hounded unmercifully"

Adams said Duggan should have been made to face criminal charges based on the deleted emails and the Inspector General’s report revealing the Make Your Date prenatal program was chosen to fight infant mortality instead of going through the regular selection process.

"Clearly action was taken that was not appropriate, the emails were deleted (against) city policy," Adams said.

Duggan spoke out in favor of the report.

"I read the report last night and it’s thorough, it is what we have said all along," he said. "It’s what we said all along the emails have been recovered and posted online at the city’s website for two years.

"I’m just glad the investigation is over."

Adams believes the mayor should not run again for office. 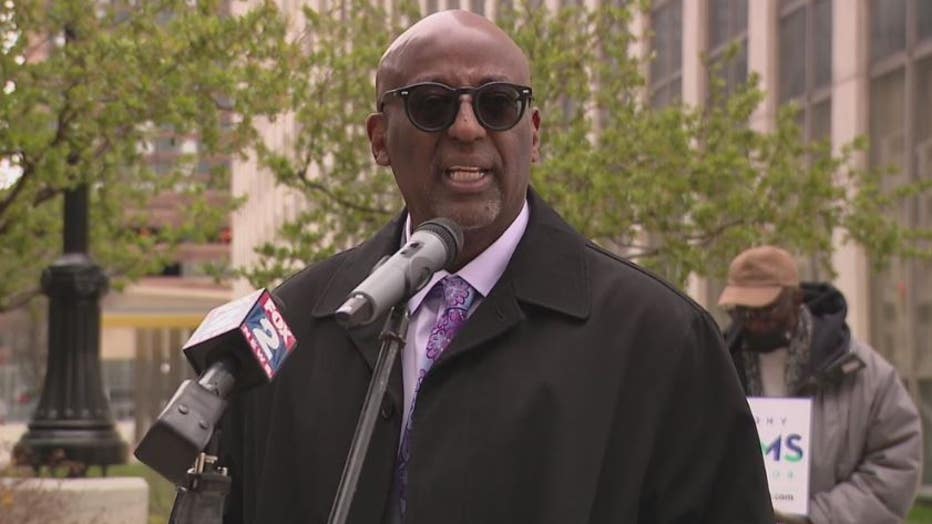 "I don’t worry about my critics," Duggan fired back.

"The attorney general investigations rely on facts and evidence."

"The only people who are going to hold this administration accountable are the voters of the city of Detroit," Adams said.

The primary will be this August.