A Detroit mother forced to face a heart-wrenching reality: her 7-year-old child Reginae Williams has died after being shot in a drive-by shooting that happened earlier this week. Bullets came flying into their house on Bedford Wednesday evening as Reginae Williams slept on her mother’s shoulder. The child’s father, Reginald, and her eight siblings were forced to watch the horrifying scene.

Detroit police are asking for information from the public after a 7-year-old girl died after being shot in a drive-by shooting on the city's east side Wednesday evening.

"If you know something, say something because I have to bury my 7-year-old baby," Etosha Williams said. "To the person who murdered my baby, I first would like to offer you Jesus Christ. ... Please turn yourself in."

The shooting happened Wednesday night in the 3900 block of Bedford, which is just west of Outer Drive and north of Mack in Detroit's Morningside neighborhood.

Detroit police say a blue Dodge Charger is believed to be the suspect's vehicle.

"We are going to work this case until we bring these cowards responsible into custody," Craig said.

The mayor of Detroit is also calling for justice and offering support to the family.

"The whole city stands with you," Mayor Duggan said. "I have gotten more phone calls from offers for rewards for Reginae's killing and they'll be posted shortly and I promise it's very substantial." 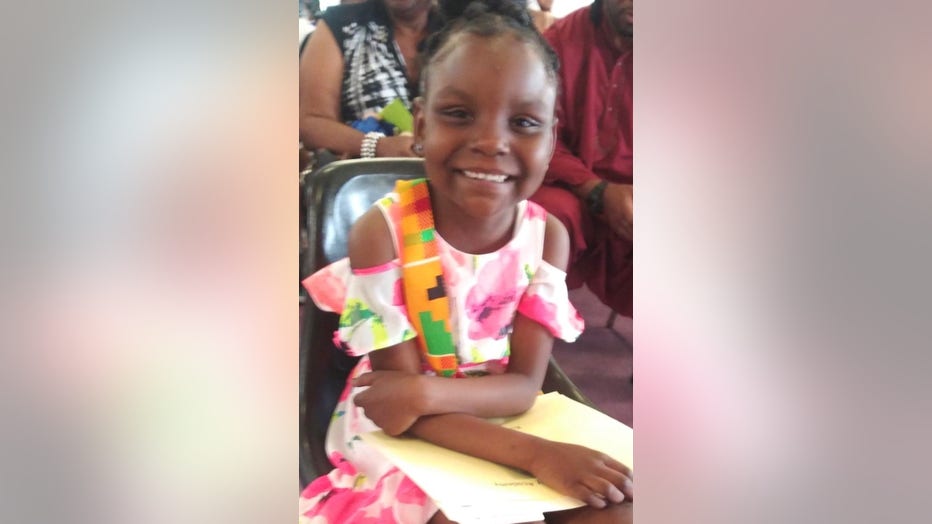 If you have information about what happened, you're asked to call Detroit police's homicide unit at 313-596-2260 or call Crime Stoppers at 1-800-SPEAK-UP, where you will remain anonymous.

You can also help the family by donating to a GoFundMe account to help with Reginae’s funeral expenses.