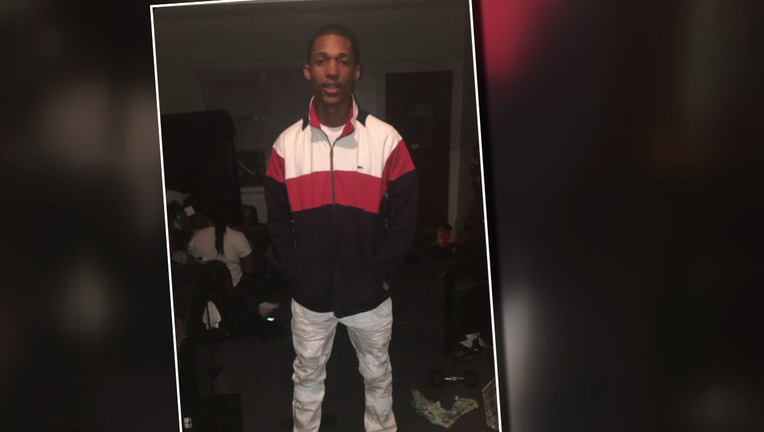 DETROIT (FOX 2) - After a 20-year-old man was shot and killed by a Detroit Police Officer Sunday morning, his family has demanded answers from the city's chief of police. On Tuesday, police 38 rounds were fired in 3 seconds as he ran toward officers with a knife.

Porter Burks was killed Sunday morning in Detroit after DPD Chief James White said he was carrying a knife and refused to comply with the officer's orders to put the knife down. When he ran towards Detroit Police Officers, White said they had no choice but to take shoot the 20-year-old man.

The family says they called 911 Saturday night and Sunday morning because Burks had a knife. The family says Burks didn't attack them but had slashed the tires of his brother's car.

During an update on Tuesday, White released preliminary information about the death of Burks, which he called tragic and expressed condolences for the family.

Around 5 a.m. on Sunday, police responded to the family's 911 calls about Burks. They said he was armed and they were concerned for other people's safety. He was also carrying a folding knife, which White said had an 8-inch blade on it.

Video shows Detroit Police trying to talk Porter Burks into dropping knife before shooting, killing him as he ran at them

Porter Burks, 20, was shot and killed by Detroit Police on Sunday, Oct. 1. On Tuesday, chief James White released bodycam video of the encounter as they tried to convince him to put a knife down. When he ran at officers, he said they had no choice but to shoot him.

The responding officer said he would find Burks and would then contact the family members.

Video released by Detroit Police shows the conversation with the officer and the family plus video of the encounter with Burks. White said the officer who was talking with Burks was with the Crisis Intervention Team (CIT), which goes through mental crisis training and de-escalation techniques.

"This officer's job is to respond to these runs and utilize these de-escalation techniques," White said.

Video showed the officer extending his hand in front of him, which White said was part of his training to show Burks that he was not a threat.

The officer asked him to drop the knife multiple times and asked Burks what he wanted. 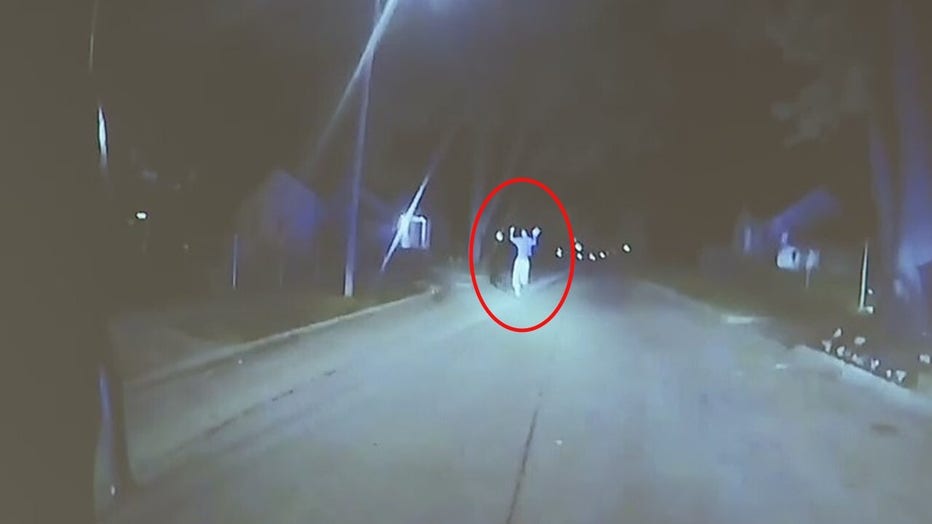 Porter Burks, 20, is seen on bodycam video as officers tried to get him to put down a knife. Police said he ran towards him and they shot him out of fear for their lives.

"We're here to help you, Porter," the officer said.

Other officers asked him what he needed as he stood in the middle of the street, about 20 feet away from the officers as they urged him to drop the knife.

After about four minutes of trying to convince him to drop the knife, he starts to run toward the officers, who then shot him when he was about six feet away, investigators say.

White said the officers were in fear for their lives.

Police said Burks had schizophrenia and stabbed three family members - including a 7-year-old - the past three years. At one point, he was committed to a mental health institution, which he later escaped from. It took four officers to take him into custody and multiple Taser deployments during that escape.

"This is a system that has failed Mr. Burks and Mr. Burks' family," White said. "We need help with the system. Officers are routinely put into this mode and, candidly, we're seeing more and more violent episodes."

DPD: Mentally ill man armed with large knife and shot to death by officers had history of violence

The family of Porter Burks is suing the Detroit Police Department for the fatal shooting that killed him, while police have said the man had schizophrenia and stabbed three family members - including a 7-year-old - in the past three years.

White said he did not know officers were aware of Burks' previous run-ins with police.

A total of 38 shots were fired by five officers in a little more than three seconds. Burks had 15 wounds to his body but police said they did not know if they were all entrance wounds. They won't have a full count of how many times he was hit until after the medical examiner's report is done.

The five officers who fired their weapons are all on administrative leave, pending the outcome of the investigation.

Detroit police provided an update on the fatal shooting of Porter Burks, a man who was armed with a knife and having a mental health crisis early Sunday. Chief James White said Burks began running at police, prompting five officers to start shooting.